Sabah’s Leopards are in Trouble 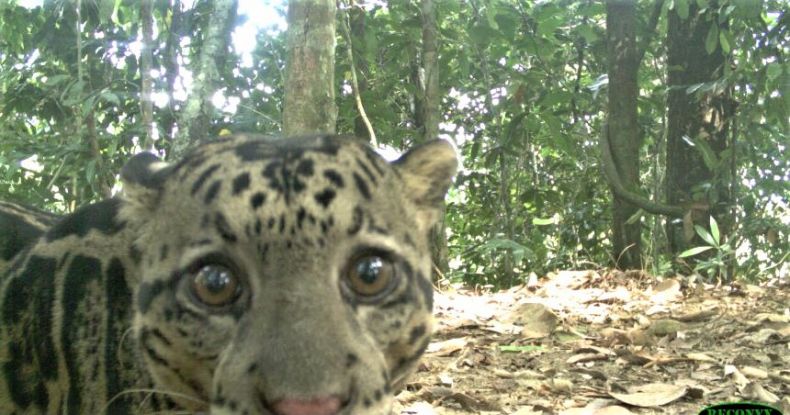 Clouded leopards are elusive creatures that hunt at night and spend most of their time away from prying eyes within dense forests. Thus, estimating their numbers in places like Sabah’s forests is a challenging undertaking. Yet a team of scientists led by researchers at Oxford University’s Wildlife Conservation Research Unit (WildCRU) in the UK has done just that: estimate how many of these majestic predators remain in the state’s forest. Their finding: not all that many.

The British wildlife researchers, who worked together with staffers of Universiti Malaysia Sabah, Danau Girang Field Centre (DGFC), Sabah Wildlife Department and the conservationist group Panthera, estimate that “there are 754 (95% posterior interval 325–1,337) Sunda clouded leopards in Sabah,” as they explain in a paper published in the scientific journal Onyx.

“For six years, we conducted intensive camera-trap surveys of eight protected areas in Sabah,” explained Dr Andrew Hearn from WildCRU, first author of the paper. “We used the cloud-shaped markings on the coat of the animal and morphology to identify and sex individual animals and used sophisticated statistical methods to estimate their population density in different forest areas across Sabah. We also analysed our camera-trap data to provide an estimate of poaching pressure for each study area,” he elucidated. 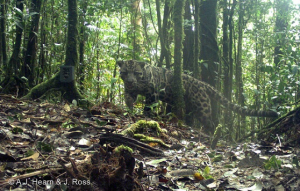 Continued deforestation, habitat loss and poaching continue to take their toll on local wildlife, Sunda clouded leopards included. “We found evidence of poaching activity in all forest areas, with the lowest detection rates being in Danum and the highest in Kinabatangan,” Hearn said. “We finally estimated the size of the population of the Sunda clouded leopard to be around 750 individuals in Sabah.”

That number isn’t critically low, but it is rather too low for comfort. That’s the bad news. The good news, researchers say, is that the resilience of these resourceful felines gives us hope that they will be able to weather changes to their environment. For that to happen, however, we need to manage Sabah’s dwindling forests more sustainably.

“The fact that selectively logged forests provide an important resource for Sunda clouded leopards suggests that appropriate management of these commercial forests could further enhance their conservation value,” said DGFC director Dr Benoit Goossens, who was a co-author of the study. “But the overriding priority for our wildlife managers is to reduce poaching pressure, both on these felids and their prey, by reducing access to the forest interior along logging roads and by increasing enforcement patrols at strategic areas,” he added.

What we need are robust anti-logging and anti-poaching measures in Sabah to save the state’s remaining big cats.