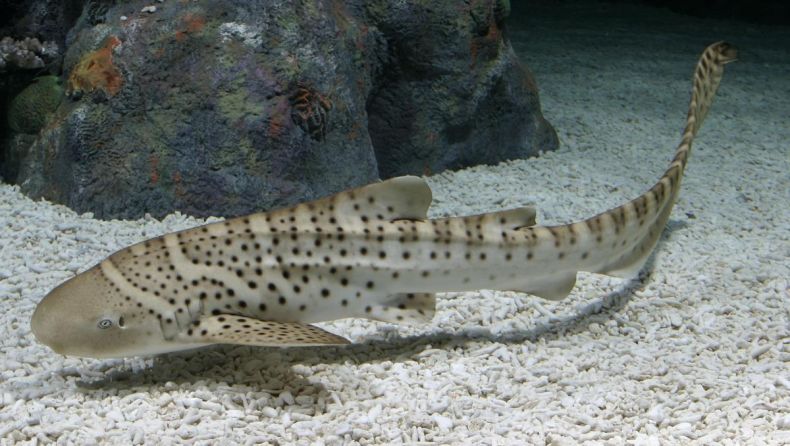 The juvenile zebra shark was recently on sale at a market stall in Miri, Sarawak. When Iqbal Abdollah, chairman of the local branch of the Malaysian Nature Society, saw it, he instantly knew there was a problem. This species is listed as “endangered” on the IUCN’s Red List. Therefore, it should not be sold at markets.

“The relevant authorities should draw proper and stricter guidelines on the types of fish that can be sold at the market to prevent endangered species from being served on the table,” the environmental activist told the Borneo Post. These small sharks, he added, are also popular with exotic pet enthusiasts and aquariums. “Usually when caught by foreign fishermen, they are actually sold as aquarium pets,” Iqbal elucidated. Yet despite being endangered, they are, and can be, sold freely in Malaysia. 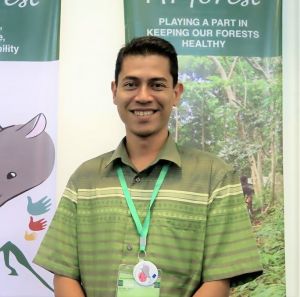 The shark, whose scientific name is Stegostoma fasciatum, inhabits warm coastal waters throughout its range from the Indian Ocean and Southeast Asia all the way to Oceania. It tends to spend much of its time at coral reefs and on sandy seafloors in shallow waters where it feeds on small fish and crustaceans. Like many other shark species in Malaysia and elsewhere, zebra sharks have fallen on hard times as a result of rampant overfishing. Even if they are not targeted directly, the small sharks often end up as bycatch in fishermen’s nets. Over the past decades zebra sharks may have lost as much as 50% of their population throughout their traditional habitats.

Yet for all that zebra sharks are not listed as a protected species in Borneo. This must change if we are to avoid zebra sharks and other shark species going extinct in Malaysian waters. That will be in the interest not only of the sharks themselves but local people too, Iqbal stresses. “Divers are willing to pay several hundreds of ringgit in fees to get the thrill of seeing live sharks,” he said, referring to the draw of sharks in the state’s tourism industry.

Iqbal has called on government authorities to conduct surveys about the status of shark species in Malaysian waters and declare those that are beleaguered to be protected species. It’s high time Malaysian authorities did just that.