Wild Elephants ‘can Inflict Harm on Plantations.’ So What to Do? 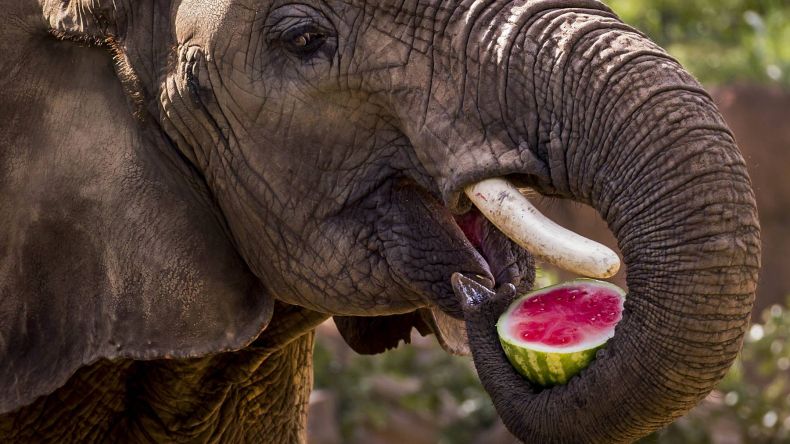 Wild elephants, increasingly deprived of their natural habitats, can't help but come into contact with people. They may also end up raiding orchards and plantations. Photo Credit: Wikimedia Commons

Millions of ringgit in losses over an area of 30 hectares. That’s how much damage a herd of feeding elephants can inflict on a plantation, according to the Sabah Wildlife Department. In just a single night elephants can destroy six hectares of crops, the department’s head Augustine Tuuga explained.

“Elephant raids are a major problem for plantations in areas where elephants are found,” the director was quoted as saying by Free Malaysia Today. “These herds damage oil palm trees and eat the shoots, causing the companies to incur big losses.” He cited the case of Sabah Softwood Bhd, which lost property estimated to be worth RM3 million to elephants.

None of this is in any doubt. Even a single elephant, which fully grown can weigh 3 tons and consume as much as 200kg of food in a single day, can decimate crops by feeding on much of them, uprooting trees and trampling on a lot of cultivated plants. Several elephants can in turn create havoc. To make matters worse, elephants’ dietary preferences expose them to increased risks of coming into conflict with humans because they may fancy a bite or two of certain cultivated crops. 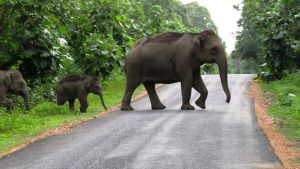 Yet we have to remember that elephants do not do this out of malice. They simply need to feed. And the only reason why they often barge into cultivated areas like plantations is that they have lost much of their natural feeding grounds in the wild. “The rapid shrinkage of forest cover and large-scale encroachment on elephant corridors are the main factors behind this escalating problem,” explains Mohamed Idris, president of the conservationist group Sahabat Alam Malaysia. “The last decade has seen appalling destruction of forests, something that is having direct effects on wild elephant populations.”

Farmers destroy the pachyderms’ habitats, and then they are angered when elephants show up in their plantations and chew up crops. Sadly, some farmers do not leave it at that and seek to take revenge by shooting or poisoning wild elephants. Such revenge attacks have been going on sporadically for years, in addition to the poaching of wild elephants for their tusks and other body parts. Just a few week ago two pygmy elephants were found dead in Sabah. Their remains were discovered a few days apart in Tawau and Sandakan. The tusks of one had been sawn off.

Sad, that. We need to be more tolerant of wild animals. If they cause harm, our response should not be to lash out in revenge but rather to cultivate forbearance. We need to adopt a live-and-let-live attitude. To foster such attitudes, the government can do its part by compensating farmers for their losses. That way, they will be far less inclined to seek revenge against foraging elephants.