Many people remain wary of transitioning to electric cars for a variety of reasons. One reason is that electric vehicles still tend to cost considerably more than comparable models with internal combustion engines. Another reason is so-called range anxiety. Namely: people are concerned that on longer drives their car batteries might run out and they might then be left stranded by the side of a road.

Such fears aren’t entirely unfounded. Even the best electric cars have a fairly limited range. The driving range of a Tesla Model 3, for instance, is estimated to be 350km. That may seem fine enough, but the trouble, of course, is that once you’ve driven that far you’ll have to recharge the batteries, which takes time. Not only that but what if there are no charging stations at your destination? 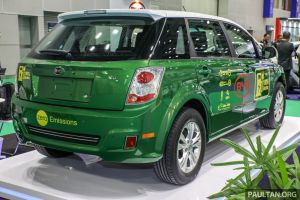 The answer lies in installing far more charging stations so that the owners of electric vehicles (EV) can rest assured that they will be able to keep on driving. Some such new installations are underway in Malaysia as the country seeks to boost its fleet of electric vehicles in an effort to wean the country’s citizens off cars with internal combustion engines (ICE) for the sake of reducing their carbon footprints and air pollution at the same time.

In an encouraging development, Petronas Dagangan Bhd has announced it will enter into a partnership with Malaysian Green Technology Corporation (GreenTech Malaysia) and TNB Energy Services Sdn Bhd with the aim of installing 100 new electric vehicle charging stations (ChargEV) by next year. This is a small but important step towards a grand vision of Malaysia as a home for an ever larger fleet of electric vehicles plying the country’s roads.

“Petronas Dagangan will also look into installing solar photovoltaic (PV) panels at 100 selected stations. With this, the energy used to power the ChargEV will be fully renewable and completely carbon-free, making it truly green,” the company has said. “We are pleased to strengthen our existing partnership with GreenTech Malaysia and to forge a new one with TNBES to collaboratively play a bigger role in meeting our national green targets,” it explains.

“This partnership will allow us to provide not just added convenience for EV drivers, but also enable us to further explore what we can do more to minimise carbon emission at our stations,” the company adds.

That is a commendable goal.