Nuan Nuan is heading to China. Let’s Love our very own Sun Bears 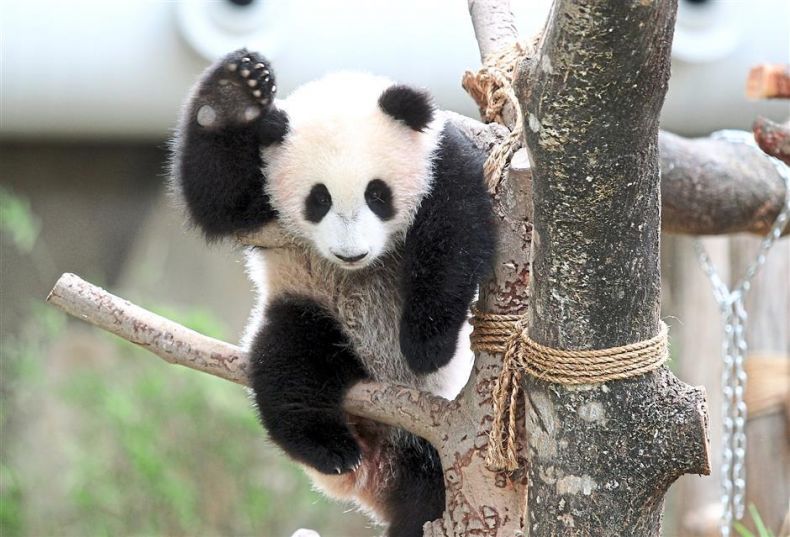 Malaysia’s first locally born giant panda is heading back home. Does that sound like a contradiction? It does, doesn’t it? The female panda called Nuan Nuan (“warmth”) was born in Malaysia (in Kuala Lumpur zoo, to be precise) on August 18 in 2015. So if she was born here, doesn’t that mean she belongs here?

Well, yes and no. Her parents are on loan from China as part of that country’s so-called panda diplomacy whereby China loans pandas to various nations in gestures of goodwill but insists on getting the bears and all their offspring back one day. Hence, come November 14, Nuan Nuan will be taken to China. Malaysian animal lovers can still bid the cub goodbye in the meantime.

“The Giant Panda cub is currently undergoing crate training where it is put into a special cage for a few hours a day in order to familiarise itself with the limited space of movement,” Natural Resources and Environment Minister Wan Junaidi Tuanku Jaafar said. “Nuan Nuan will be separated from its mother and will only be exhibited to the public during weekends, public holidays and school holidays.”

He added: “Nuan Nuan (‘warmth’), as its name suggests, has brought so much [warmth and] joy to all Malaysians and visitors over the past 26 months with its characteristics.”

No doubt. Here is hoping, though, that some of that love Malaysians have shown Nuan Nuan and her parents in KL’s zoo will also be extended to endemic species in the wild, including Malayan sun bears.

When, for instance, officials launched a naming competition for the newborn panda cub in 2015, they received 22,831 entries from Malaysians. That’s certainly nice, but as we’ve pointed out previously, even as inordinate amounts of attention and funds are lavished on the giant pandas on loan from China, Malayan sun bears, which are just as endearing surely, continue to fall prey to poachers’ snares and suffer other indignities.

It’s time for that to stop. So let’s give some much-needed and much-deserved love to some of our own native animals in the wild, shall we?