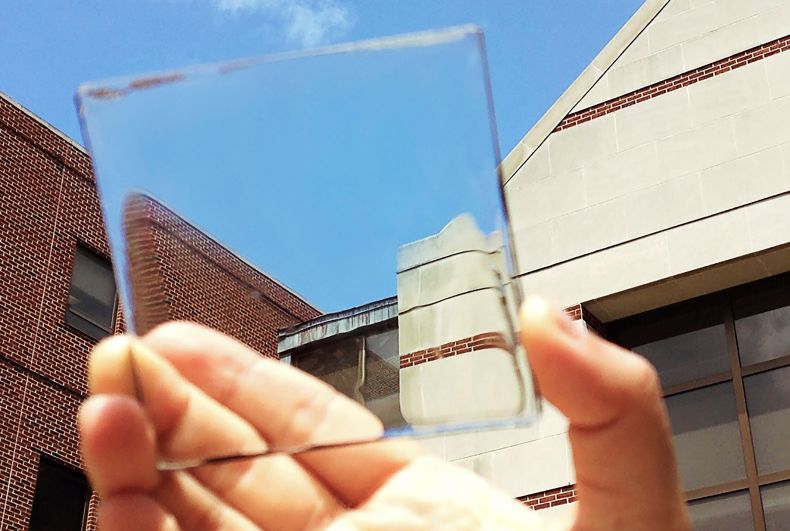 Solar power is a truly great power source. It’s cheap, green, highly efficient and inexhaustible. But it isn’t without some drawbacks. For one thing, solar panels tend to be bulky and unsightly, occupying plenty of space.

But they no longer have to be. Ladies and gentlemen (drum roll please!), here come see-through solar panels.

A team of engineering researchers at Michigan State University, in the US, has devised a new type of transparent luminescent solar concentrator. When placed over a window, it can harness sunrays even as it allows people to see through it. It could also be used on cell phones and any other devices with a clear surface to help power them. 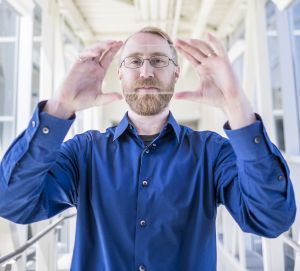 “Highly transparent solar cells represent the wave of the future for new solar applications,” says Richard Lunt, an associate professor of Chemical Engineering and Materials Science who is the lead researcher on the team. “We analyzed their potential and show that by harvesting only invisible light, these devices can provide a similar electricity-generation potential as rooftop solar while providing additional functionality to enhance the efficiency of buildings, automobiles and mobile electronics.”

The transparent panes that can harvest solar rays use organic molecules developed by Lunt’s team to absorb invisible wavelengths of sunlight. The researchers can adjust these materials to pick up only sunlight in the ultraviolet and near-infrared wavelengths in order to convert these invisible rays into electricity. “We can tune these materials to pick up just the ultraviolet and the near infrared wavelengths that then ‘glow’ at another wavelength in the infrared,” Lunt explains. “Because the materials do not absorb or emit light in the visible spectrum, they look exceptionally transparent to the human eye.”

Albeit transparent solar applications are only around a third as efficient as traditional solar panels at converting solar energy into electricity, they do have a marked advantage: they could be installed at vast swathes of ready-made surfaces like windows without being visually intrusive, unlike many traditional panels. “The complimentary deployment of both technologies could get us close to 100 percent of our demand if we also improve energy storage,” Lunt says.