Building Wildlife Crossings to Save Animals from Ending up as Roadkill 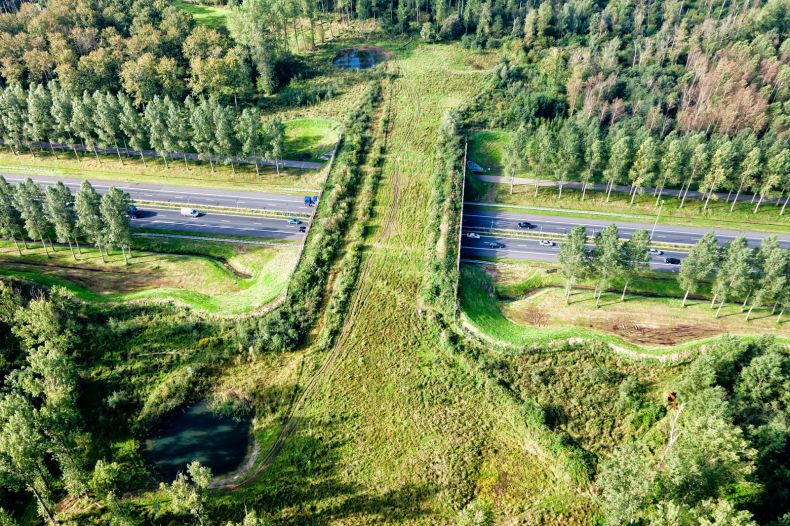 Wildlife crossings, like this one in the Netherlands, can save large numbers of wild animals from being run down. Photo Credit: Webfeed360

Forests continue to shrink, boxing animals into ever smaller living spaces. More and more roads continue crisscrossing areas thick with forests. These developments lead inevitably to similar outcomes: more animals will end up as roadkill while they seek to cross from one wooded area to another.

Just this past August an adult bull elephant was hit and killed by a tour bus as he was trying to cross the East-West Highway in Gerik. In June, a young elephant calf had suffered a similar fate. The two-year-old jumbo was found dead, lying in a pool of blood, by the side of the Gerik-Jeli Highway in Gerik, in Perak state. The juvenile pachyderm had likely been killed by a vehicle while it was trying to cross the road.

And it isn’t just elephants that are routinely run down in road accidents near forests. In September two Malayan tapirs (Tapirus indicus) were trying to cross a road at night when they were hit by a passing car. The two fully grown animals, a male and a female, died of their injuries on the spot. Likely, the two animals had been foraging for food. 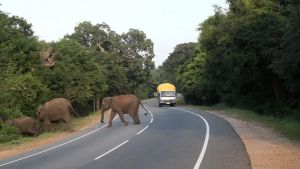 At certain roads and highways in Malaysia elephants regularly need to cross, which exposes them to the danger of being run over. Photo Credit: YouTube

Over the past five years, according to official figures, upwards of 2,130 wild animals are known to have perished in such accidents in Peninsular Malaysia alone: tigers, leopards, leopard cats, dozens of tapirs, scores of monkeys, myriad other creatures large and small. With almost 494 wildlife deaths in the state between 2012 and 2016, Johor had the highest number of road kills, followed closely by Kedah (with 479 cases), Perak (with 394 cases) and Terengganu (with 310 cases).

To stop the carnage of wildlife on the country’s roads, authorities have repeatedly called on motorists to slow down and take heed near forests and other areas populated by wildlife, especially after dark. Officials have also installed hundreds of signs to warn drivers of the presence of wild animals along certain high-risk routes.

Yet that won’t be enough. Far more wildlife crossings need to be constructed so that animals can safely cross from one side of a road to another without the risk of being run down. Encouragingly,  the government is constructing three wildlife viaducts, with several more in the pipelines. That said, many more such crossings will be needed, especially as massive construction projects, including two high-speed rail links, are underway and will pose further threats to wild animals. We should learn from the example of several Western European countries where wildlife crossings have become routine with scores of them installed along highways passing through wildlife-rich countryside.

“This totally senseless killing of our animals has to stop,” stresses Natural Resources and Environment minister Wan Junaidi Tuanku Jaafar. “[It] is such a waste of our national heritage.”