A Third Species of Orangutan has been Identified in North Sumatra 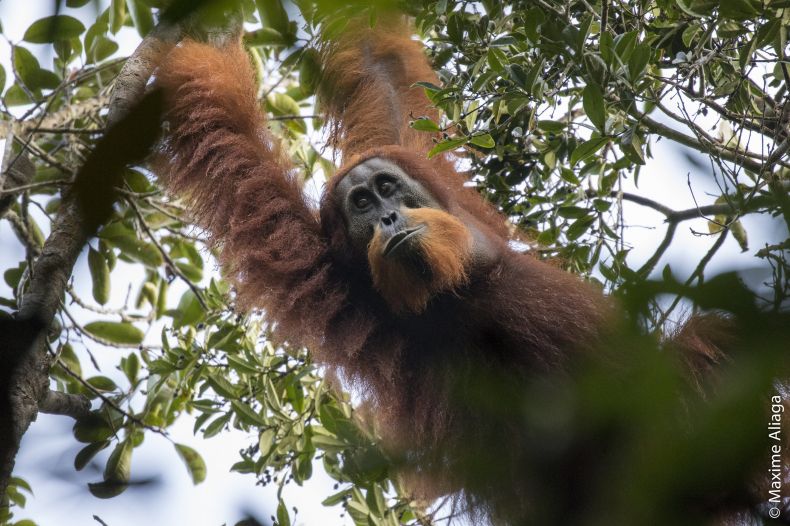 A member of a newly identified subspecies of orangutan hangs in the trees in North Sumatra. Photo Credit: Maxime Aliaga

In the highland forest of Batang Toru in North Sumatra live a small colony of orangutans. They are largely isolated from other orangutans. It turns out they’re not just any orangutans but an entirely different and hitherto unknown species of the great apes.

So say scientists who have sequenced the genome of the orangutan colony’s members and have published their findings in a paper. The newly identified subspecies of orangutan, named the Tapanuli orangutan (Pongo tapanuliensis), is a lineage genetically different from Bornean orangutans and Sumatran orangutans. Despite occasionally interbreeding with other orangutans in the area, they have retained a distinct genetic identity. 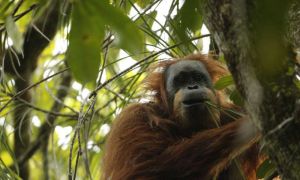 “The Batang Toru orangutans appear to be direct descendants of the initial orangutans that had migrated from mainland Asia, and thus constitute the oldest evolutionary line within the genus Pongo,” said Alexander Nater, a researcher at the University of Zurich. “The Batang Toru population was connected to populations to the north until 10,000 or 20,000 years ago, after which it became isolated.”

Experts believe that around 3 million years ago the population of orangutans now living in Batang Toru split off from Bornean orangutans living in the Lake Toba area in the north. Following that split, the two groups evolved independently, becoming different subspecies with unique characteristics and behavioral traits. Bornean and Sumatran orangutans themselves separated from each other relatively late: only around 700,000 years ago.

“It isn’t an everyday event that we find a new species of great ape, so indeed the discovery is very exciting,” said Michael Krutzen of the University of Zurich in Switzerland, who was the senior author of the study. Exciting indeed. But there’s some bad news. No more than a mere 800 members of this unique colony of orangutans remain alive, which means they’re critically endangered.

Tapanuli orangutans are at high risk of being poached while a planned hydroelectric dam, if completed, would flood large parts of their ancestral forest home, driving them away from their traditional foraging grounds. “If even eight out of 800 animals per annum were killed or otherwise removed from the population, the species might be doomed,” the scientists have warned.