In its Fight against Floods, Penang needs to Stop Hillside Developments 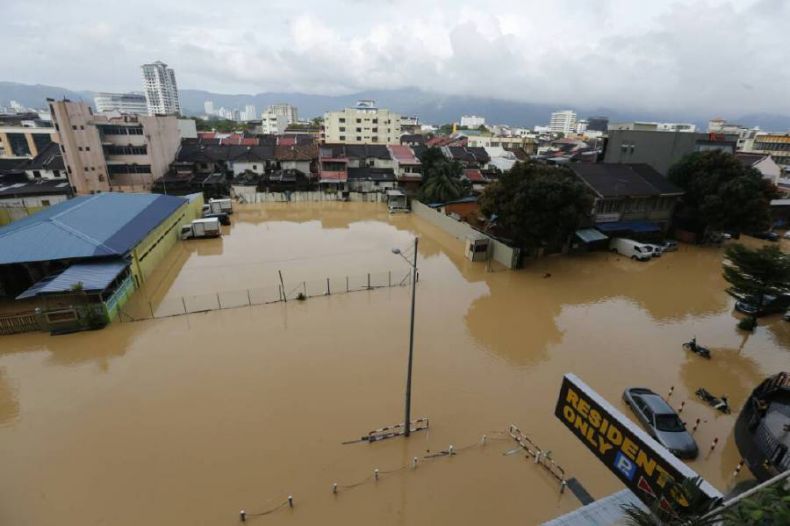 There’s next to nothing people on Penang can do about climate change, which is a global phenomenon and needs a global response. But they can do a lot to try and mitigate the effects of climate change on their island. Step One: they need to stop developing hillside areas. By leaving them intact with plenty of trees in place, they can limit the worst effects of flash floods. 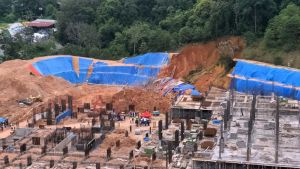 Recently severe flooding, the worst of its kind in two decades, engulfed parts of Penang with massive amounts of torrential downpour. Within a mere 24 hours some 250mm poured down from the sky. That’s almost twice the 150mm, which had been recorded previously for a single day of extra-heavy rainfall. To make matters worse, high tide prevented flood waters from draining away into the sea.

Hillsides stripped of their trees and thick vegetation also added to the severity of flooding in some areas. Thus denuded, hillsides could no linger act as natural barriers and were unable to prevent cascading rainwater from rushing down unobstructed into residential areas. In these residential areas, meanwhile, clogged-up drains failed to absorb much water. As a result, seven people died and thousands of other people were flooded out of their homes.

The solution involves concerted action. It’s a matter of do’s and dont’s. Do Improve the island’s drainage system. And don’t strip any further hillsides of their woods. Natural Resources and Environment Minister Wan Junaidi Tuanku Jaafar is among the prominent voices who have joined environmentalists in urging local authorities and developers to stop denuding the island’s hillsides.

“Please don’t carry out any more hill slope development or we may see a repeat of the landslide in Tanjung Bungah during Saturday’s floods. Fortunately, the houses there were not occupied yet,” he said, referring to a deadly landslide at a hillside construction site. “If we keep clearing our forests, it will reduce the absorption capacity of rainwater and will eventually lead to floods,” the minister elucidated.

He’s right about that.