The Golden Triangle: the Wild East of Wildlife Trafficking 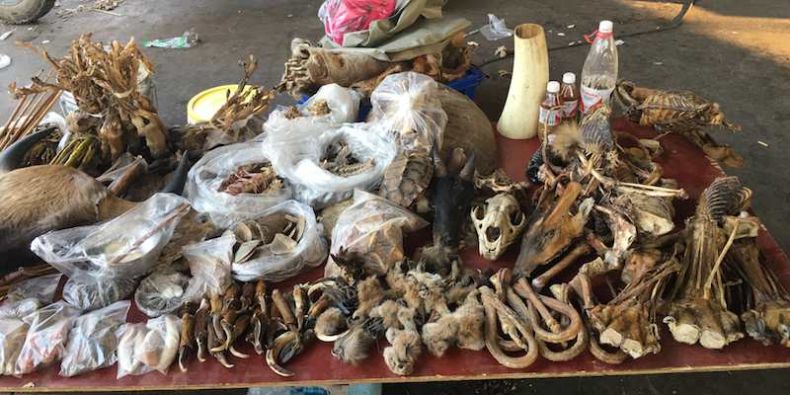 These are, according to the anti-trafficking watchdog TRAFFIC, the most commonly trafficked endangered species that pass through the so-called Golden Triangle. A small area wedged between Laos, Myanmar and Thailand, the Golden Triangle has long been notorious for the rampant cross-border trafficking of everything from narcotics to animal parts.

Many of the trafficked animals on sale in the area are poached as far away as Sabah, from where they are then smuggled to China and Vietnam via the Golden Triangle. Some of the animals, like rhinos, are taken from even farther afield: Africa. On the continent three rhinos are poached every single day on average, according to conservationists. Their horns are routinely smuggled to Vietnam and China, where they are ground up and used in potions and ointments. 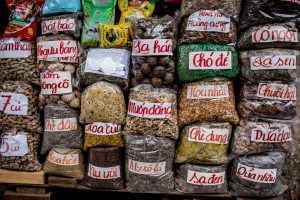 An apothecary in Hanoi is selling traditional medicine with concoctions and various remedies made from the parts of endangered animals and plants. Photo Credit: Flickr

The same goes for tigers and Malayan sun bears. “Many of Asia’s poached and farmed tigers pass through the Golden Triangle, where they end up in tiger wine, on dinner tables, in dubious medicines or as luxury items and jewellery,” TRAFFIC explains.

“The trade in live elephants, elephant skin, combined with continuing demand for ivory, is threatening elephant populations from Asia to Africa,” the nonprofit adds. “Bear farms are rampant across the region, where both Sun Bears and Asiatic Black Bears — mostly captured in the wild — are kept in cages while their bile is collected for traditional medicine and folk remedies.”

Shocking, yes. At such farms captive bears face long years of abuse, neglect and torture, suffering great pain and anguish. Scores of such farms remain in operation from Laos to China. Worse, similar farms also exist for tigers where the body parts of the striped predators are routinely harvested: their teeth, claws, pelts, bones. Even when the tigers are kept alive, they are often done so in appalling conditions. They are treated as mere playthings for visiting tourists who can pose for selfies with them. Tiger cubs are especially popular for such purposes.

This callous abuse of endangered species must stop. The World Wide Fund for Nature has called on law enforcement officials in the Golden Triangle and elsewhere across the region to step up their efforts to clamp down on the cross-border trade in illegal wildlife parts. That will certainly need to be done if we are to save the last few tigers, elephants, pangolins, sun bears and myriad other beleaguered species from being hunted into extinction.

The problem, however, isn’t only with the supply of animal parts. It’s also with undimmed demand for such parts across Southeast Asia. Sadly, atavistic beliefs in the curative properties of animal parts continue to persist, especially among practitioners of Traditional Chinese Medicine. We must all refuse to buy any “traditional” medicine made from the parts of endangered flora and fauna. We must also educate others about the existential threats that traditional medicine poses to wildlife in Malaysia and elsewhere in Southeast Asia. We can all make a difference if we put our minds to it.

Darunee Sukanan. The author has a master’s in Environmental Sciences and Policy from the Central European University in Budapest, Hungary.