Pangolin Traders are Nabbed in Sabah 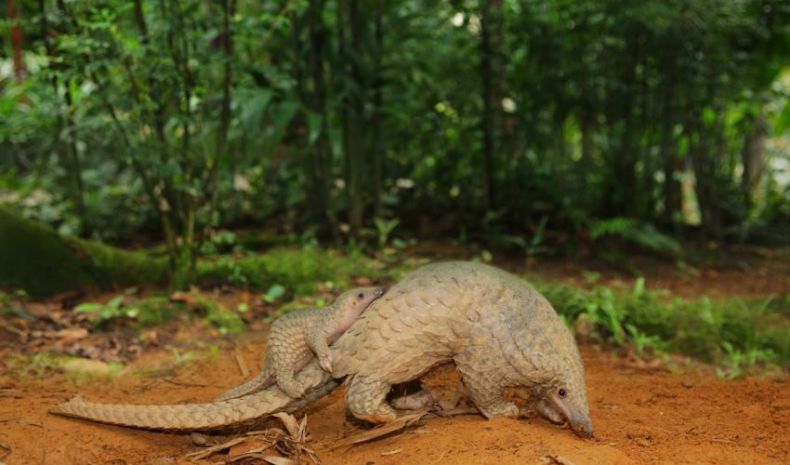 Sunda pangolins are critically endangered, yet the illegal trade in them continues unabated. Photo Credit: IUCN

A man and a woman at a parking lot in the town of Donggongon, in Sabah. That seems innocuous enough. Except the pair were there to sell a live pangolin, which is illegal.

“They were trying to sell the pangolin to a ‘customer’ at the parking lot, where the transaction was supposed to take place,” Augustine Tuuga, director of the Sabah Wildlife Department, was quoted as saying. “The pangolin was found in a sack placed at the back seat of the woman’s Proton Persona car.”

The two traffickers, who are both 42 and come from the area, had offered the pangolin up for sale on social media. Facebook and other social media platforms have been serving as convenient tools for wildlife traffickers in Malaysia, enabling them to try and reach a large base of potential customers. To weed out the trade of exotic animals across the country, the authorities have been keeping an eye on Facebook and other social media platform. 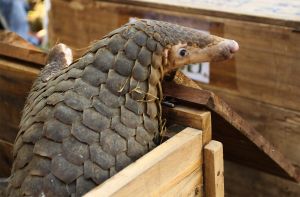 Pangolins are among the most trafficked animals in the world. Photo Credit: Pinterest

If convicted of illegally possessing a protected species, the two suspects face the prospects of up to three years in prison and a fine of up to RM100,000 under Section 41(2) of the Wildlife Conservation Enactment 1997.

But they are hardly the only locals who seek to make a quick buck by selling pangolins or other protected species. In late October, another two wildlife traffickers were caught in Sabah before they could sell a live pangolin in Papar.

As these two recent cases indicate, Sabah remains a hotbed of wildlife trafficking. The state’s world-famous biodiversity with its host of endemic species remains under constant threat from poachers and Sabah also continues to serve as a hub for smugglers from outside Malaysia. Pangolins are high on the list of “most trafficked animals” mostly because their scales are greatly prized in China and Vietnam as ingredients in traditional medicine. Their meat, too, is in demand, however, in “exotic dishes” both in Sabah and elsewhere.

The state’s wildlife and law enforcement officials have had a measure of success recently in clamping down on the illegal trade in pangolins and other wildlife. “The Wildlife Department will continue to work hand in hand with other enforcement agencies in Sabah to enforce control over illegal hunting in the state,” Tuuga has stressed, adding he was confident that the large-scale smuggling of protected species “can be contained.”

Yet time is running out for the state’s beleaguered Sunda pangolins. “We do not have an estimate of the pangolin population in Sabah but it is believed the species will become extinct soon if this large-scale hunting is not contained,” the director conceded. Sadly, that is indeed the case. Unless all the poaching and trafficking of the critically endangered mammals can be stopped, pangolins will be facing a very bleak future in Sabah’s forests.