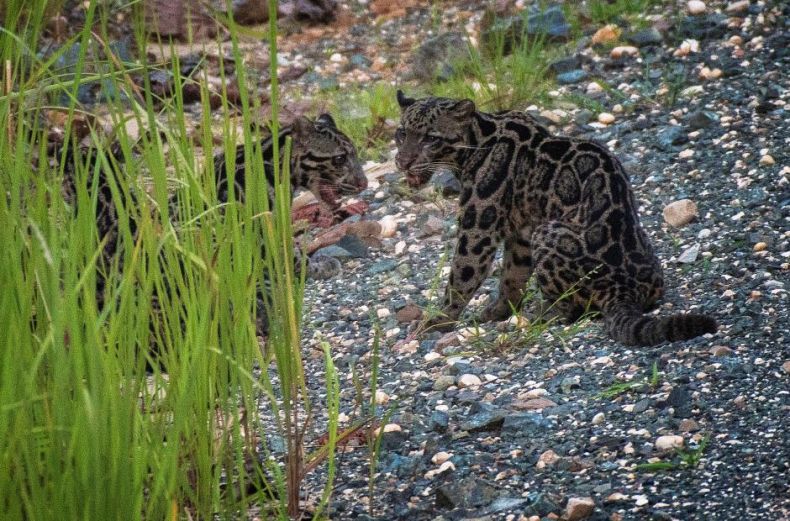 Sunda clouded leopards aren’t just rare. They are also highly elusive. They are so elusive in fact that mere sightings of them can qualify as newsworthy occurrences. Thus the feat of a foreign photographer in capturing on camera a female clouded leopard walking through a forest with her two cubs has duly made the news internationally.

Photographer Michael Gordon caught sight of the big cats as they were nosing around a gravel road before disappearing into a bush in the Deramakot Forest Reserve in Sabah. He managed to take a short video clip of the animals. “Seeing it in daytime is nearly unheard of, and never with its young,” Gordon told the Reuters news agency. 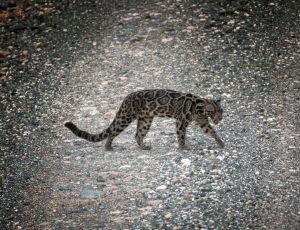 It was not the first time, however, that Gordon had managed to clap eyes on the elusive creatures. “The Sunda clouded leopard is difficult across most of its range, but the last three years I have been coming to Deramakot I have seen it a quite a few times,” he explained.

Sunda clouded leopards (Neofelis diardi), which weigh between 12kg and 26kg, are medium-sized wild cats that tend to hunt smaller mammals like monkeys and deer, lizards, amphibians and birds. They are endemic to Borneo and Sumatra and are the largest predators in Sabah. They have earned their name thanks to the dark-edged, cloud-shaped markings on their coats, which also sport double stripes along the spine. A decade ago Sunda clouded leopards were identified as a separate species, distinct from clouded leopards (Neofelis nebulosi) that are found on the mainland.

Like all other big cats in the wild, Sunda clouded leopards are endangered, having lost much of their natural habitats to logging, oil palm cultivation and development. Experts estimate that there are only around 750 of these majestic animals left in the wild in Sabah.