A Car makes Drinking Water on the Go 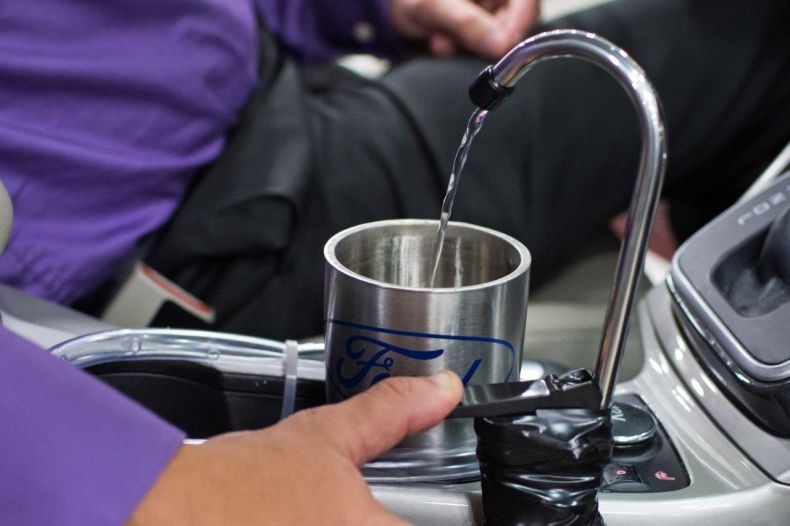 An ingenious system, designed by an engineer at the automaker Ford, sucks moisture out of the air and lets you drink it.

It all started with a news report about a billboard. One day a few years ago Doug Martin, an engineer at the American automaker Ford, read an article about a billboard in a coastal desert in Peru: the billboard was designed to collect the water that condensed on the billboard’s cool surface from the extremely humid atmosphere of the area where many locals lack enough potable water. 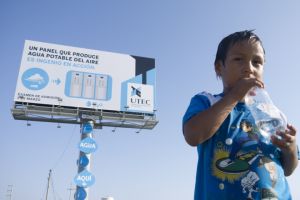 The design was inspired by a billboard in Peru that collects moisture for locals to drink in the form of clean water. Photo Credit: Facebook

The American engineer thought about it: How about making a car that could produce drinking water the same way? After all, air-conditioners in cars likewise generate water by sucking out moisture from the air. That function could be harnessed for the making of drinking water on the go, he realized. With a colleague at Ford, Martin has developed a system that filters some of that collected water and makes it available for the driver and passengers to drink.

The passengers or the driver can activate the system so as to access the collected water, which is stored in a small tank underneath the chassis. The water then flows through a filtering system that rids it of chemicals before it ends up, though a small faucet, in a cup placed in a cup holder within the cabin next to the driver. “I do see this as a big benefit in developing countries with a shortage of clean water,” the engineer says.

“There are people in a lot of locations who don’t have easy access to fresh water — arid regions, remote regions,” Martin told the New York Times. “But even in a market like the U.S., this might be a feature for people who want to have extremely pure, clean water and don’t want water bottles filling up the landfill.”

Cool idea? Definitely. Let’s raise a cup for this great new invention! A cup of clean water, of course.