Another Pygmy Elephant is Shot Dead 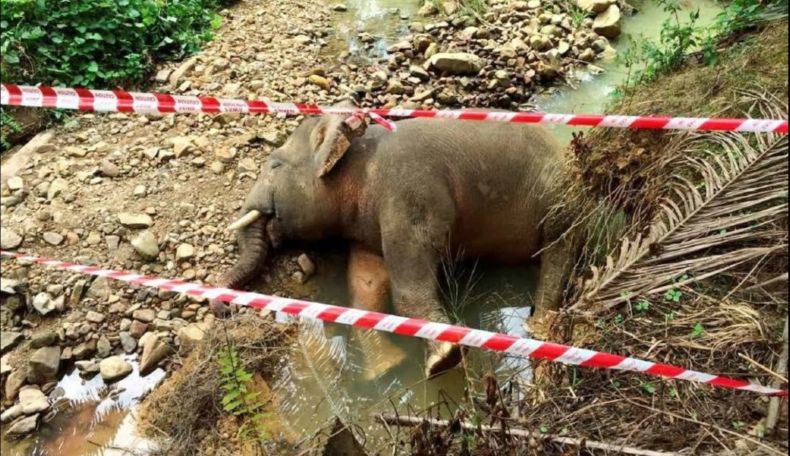 The wild pygmy elephant was found dead near a small river at an oil palm plantation in Tawau. The pachyderm’s remains were riddled with three bullets. It doesn’t take a Sherlock Holmes to figure out what happened: the bull elephant had been killed either by plantation workers or local farmers in revenge for wading into crops or by poachers.

“The tusks are still there and we found gunshot wounds,” Augustine Tuuga, director of Sabah’s Wildlife Department, explained. “I believe it was done by poachers.” 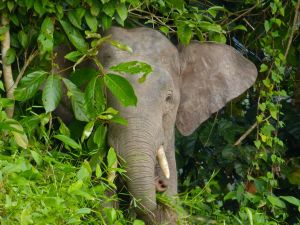 This pygmy elephant is the seventh pachyderm that is known to have been killed in the past year, according to the World Wide Fund for Nature. In the past four months alone four pygmy elephants have been gunned down in Sabah. In August plantation workers discovered a female pygmy elephant suffering from several gunshot wounds at an oil palm plantation by the Malua Forest Reserve in Kinabatangan. She died of her injuries.

In early September, meanwhile, the remains of an elephant were found, without its tusks, at a plantation near Dumpas in Kalabakan. Soon thereafter, another pachyderm was discovered floating in the Kinabatangan river. It, too, had had its tusk sawn off by poachers.

The killings have alarmed conservationists and local wildlife officials. Pygmy elephants are increasingly beleaguered in Sabah. They are at risk of being killed by irate plantation workers for wading into crops; they are at risk of being poached for their ivory; and they are also at risk of being run over while crossing roads dissecting forests. Having lost much of their ancestral forests to oil palm cultivation and logging, these placid giants are now facing hardships and dangers across their range in Sabah.

“These animals belong to us all and are beneficial to us economically,” Masidi Manjun, Sabah’s minister of Culture, Tourism and Environment, has stressed, calling on locals to protect the state’s wild elephants.

Here’s hoping locals will heed such calls and set about saving the state’s pygmy elephants from any further harm.