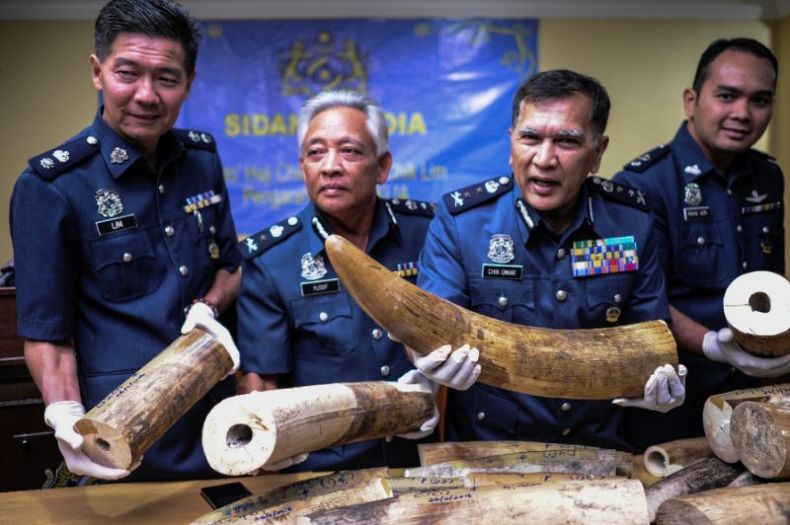 Malaysian businesses can do a lot to help save the country’s world-famous environment. For starters, they can do this by refraining from polluting Malaysia’s air and water. Yet some environmentally conscious companies do not stop there.

Malaysia Airlines Bh has, for one, vowed to take a firm stance against international wildlife trafficking syndicates. The company has signed on to the Buckingham Declaration, a pledge taken by numerous leaders of the global transportation industry at Buckingham Palace in London last June to shut down illegal trafficking routes around the planet.

“Criminals rely heavily on air transportation to smuggle victims from one place to another and we wish to put a stop to this,” said Nik Azli Abu Zahar, the airlines’ executive counsel. “We train and empower more than 4,000 front line staff, especially cabin crew, to be alert and monitor passengers who behave suspiciously, to be our eyes and ears in the skies and on ground to report any suspicious activities.”

Airlines can and should do a lot more to weed out traffickers from among passengers, but it won’t be easy. According to the United Nations, wildlife trafficking is the fourth most lucrative criminal activity in the world (after human trafficking, drugs and counterfeiting), generating over US$20 billion in profits each year for criminal syndicates.

“Our serious commitment is in the hope of clamping down on the trade chains for wildlife worldwide,” Nik Azli elucidated. “So, today, we declare a zero-tolerance policy regarding the illegal wildlife trade, increasing awareness among staff and passengers as well as providing staff training to identify and report suspected illegal wildlife and human trafficking.”

Good on the airline for doing so. Endemic wildlife trafficking remains an especially acute problem in biodiverse countries in the developing world where poachers and traffickers carry on decimating endangered species like pangolins, elephants and hornbills. Sadly, Malaysia continues to serve as a regional transit point for global trafficking syndicates which use the country’s airports and seaports for smuggling endangered animals and their parts into and out of the country.