This Year will be the Warmest on Record 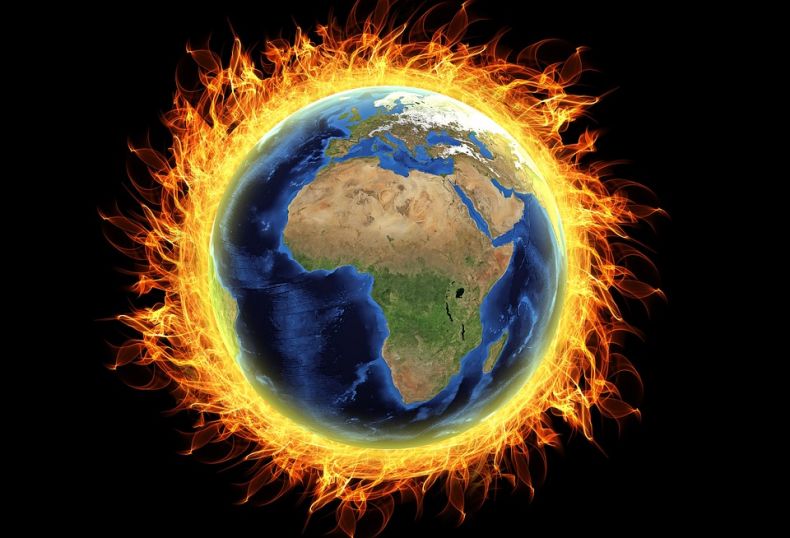 Last year was the hottest on record, according to NASA. The culprit: our massive amount of greenhouse gas emissions that has been changing the planet’s climate inexorably for the worse.

Now here comes more bad news: this year is set to become warmer still, according to the World Meteorological Organization (WMO). The year of 2017 will likely be the warmest year ever recorded without the El Niño weather event, according to meteorologists. “As a result of a powerful El Niño, 2016 is likely to remain the warmest year on record, with 2017 and 2015 being second and/or third. 2013-2017 is set to be the warmest five-year period on record,” WMO explains. 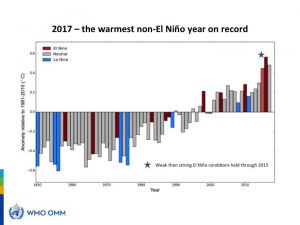 Specifically, average global temperatures this year between January and September were around 1.1°C above the pre-industrial average. This means that we’re fast nearing the threshold of 1.5°C, which scientists say will still be within manageable levels. Yet if we’re approaching that threshold at this speed in this new century, it’s safe to assume that the planet’s temperature will continue to warm well beyond manageable levels in coming years and decades.

None of this should come as a surprise, however. Last September we reached an environmental milestone by having levels of carbon surpass 400 parts per million (ppm) in the atmosphere. That number is well above 350ppm, which is still considered safe by scientists who have warned that we’ve reached a tipping point on climate change. In the year since then, levels of carbon have risen higher still, albeit global CO2 emissions themselves have flatlined.

However, because the rises in global temperatures have been incremental and not felt equally everywhere, they may have gone largely unnoticed by ordinary people. Then again, in some parts of Europe and Africa there were record-high temperatures this past summer for days at a time. Elsewhere, climate change made itself felt not (or not only) in higher temperatures but in extremes in weather patterns: devastating hurricanes, prolonged droughts and heatwaves, torrential downpours and floods.

“We have witnessed extraordinary weather, including temperatures topping 50 degrees Celsius in Asia, record-breaking hurricanes in rapid succession in the Caribbean and Atlantic reaching as far as Ireland, devastating monsoon flooding affecting many millions of people and a relentless drought in East Africa,” explains Petteri Taalas, secretary-general of the WMO. “Many of these events – and detailed scientific studies will determine exactly how many – bear the tell-tale sign of climate change caused by increased greenhouse gas concentrations from human activities.”

And things are set to get even worse, based on recent records. “The past three years have all been in the top three years in terms of temperature records,” Taalas says. “This is part of a long-term warming trend.” So what to do? Throw up our hands in despair? No. We must continue to work towards significantly reducing our carbon footprints individually and collectively. Time is running out for us and our planet.