Serve to Protect: a new team of Wildlife Rangers will hit Sabah’s Forests 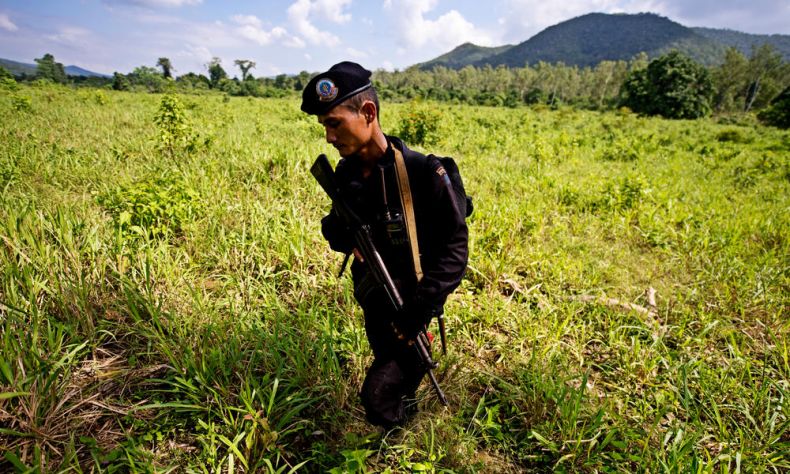 Poachers and hunters, armed and dangerous as they frequently are, pose a threat not only to wildlife but to wildlife officials too. So what to do? The solution may lie in arming some wildlife rangers themselves so that they can defend wild animals and themselves alike more effectively against armed hunters.

That is the idea behind a plan by Sabah’s Forestry Department to deploy a special team of 50 wildlife rangers who will be equipped with firearms and vigorously trained to use those firearms if need be. “They will be armed and will work on shifts. They won’t do anything but 24-hour surveillance,” the department’s director Sam Mannan said. “We will give them guns — we have about 95 guns — Glocks, Scorpion and Italian shotguns.”

Needless to say, the idea is not that these rangers will then engage in deadly shootouts with poachers at the first opportunity but rather that they will scare poachers off. “It’s not necessarily to shoot people, more for warnings,” Mannan elucidated. “But if thing get heated, they have to be able to protect themselves.”

It isn’t the first time that the idea of heavily armed wildlife rangers has been raised. Mannan has been talking the plan up for a while now and he is right to be doing so. Sabah’s wild animals, especially rare and endangered species, are under constant threat from poachers. Just the other day at least three banteng were shot dead by hunters who then sold the animals’ meat illegally.

Foreign poachers, too, have been flocking to Sabah with the aim of seizing local animals, from pangolins to sub bears, and selling their parts on the lucrative international black market. Often such unscrupulous poachers, whether they are foreigners or locals, will stop at nothing to nab animals and will confront wildlife officials with impunity.

Soon, though, they may be up against a more formidable wildlife enforcement team. The newly armed and trained rangers will fire back if they are fired upon. “There will be a specially trained unit that have killer instincts,” the Forestry Department director said. “We are dealing with crooks and we have to play dirty too.”