Gopeng Man gets off Lightly for Possessing a Dead Tiger. For Shame 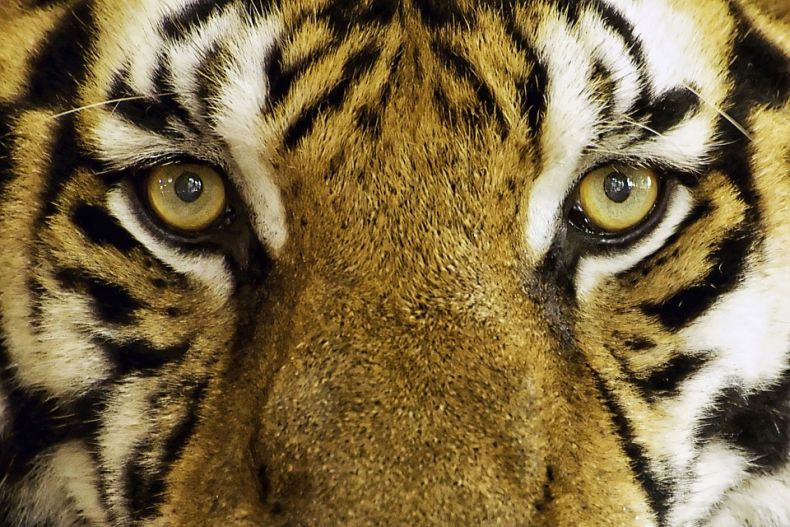 Malayan tigers are facing the threat extinction in the wild as a result of poaching and habitat loss. Photo Credit: Pixabay

A small slap on the wrist is how conservationist groups see the sentence handed down in Ipoh to a man who was convicted of having been in illegal possession of the carcass of a Malayan tiger. The man was caught by Perhilitan officials as he was carrying the dead tiger on his motorcycle at an oil palm plantation in Gopeng in February last year.

The Sessions Court in Ipoh, though, went easy on the accused, Wong Chee Leong. The court sentenced the 43-year-old man to a fine of MR100,000 and a single month in prison. If he fails to pay the fine, Wong will have to serve one year in prison.

Wong, a father of four with modest means, denied killing the tiger. In his defense, he told the court that he had not wanted to sell the animal but simply wanted to feed the carcass to the fish at a pond where he worked. Make of that defense what you will.

Leading Malaysian conservationists say they have been disappointed by the court’s decision to let the man off with such a light sentence. “We commend the Ipoh Sessions Court for meting out the fine of RM100,000 to the accused,” noted Dr. Dionysius Sharma, executive director and CEO of WWF-Malaysia. “However, a one-month imprisonment for a serious crime against a totally protected species sends out a misleading message to perpetrators,” he added. “If we do not consider heavier punishments in terms of imprisonment, we will continue to struggle to bring wildlife crime and poaching threats under control.”

Dr. Melvin Gumal, director of Wildlife Conservation Society Malaysia Program, echoed similar sentiments. “It sends out mixed signals to poachers that wildlife crimes are not taken seriously,” he said. “It would be a pity and a great shame to us as Malaysians to have the Malayan Tiger on our Coat of Arms, in the stripes of our national sports team jersey as well as in every Malaysian Court while the real tigers remain critically endangered and face extinction.”

A great shame indeed. Conservationists have long been lobbying judges in Malaysia to hand out maximum sentences to perpetrators of wildlife crimes so that these sentences can serve as effective deterrents. “What is the point of maximum fines of RM500,000 and a jail term of up to five years if they aren’t used to scare poachers and traffickers out of this shadowy business?” the Malaysian Conservation Alliance for Tigers (MYCAT), a coalition of conservationist groups, has pointed out, and rightfully so. “What are we saying to poachers and traffickers with just a slap on the wrist? Look, Malaysia is the easiest place to get tigers in the world?”

Sadly, what courts across Malaysia, in handing down such light sentences, are saying is that wildlife crimes are not really seen as serious crimes. They are treated almost like cases of shoplifting: regrettable missteps that do not warrant harsher penalties. 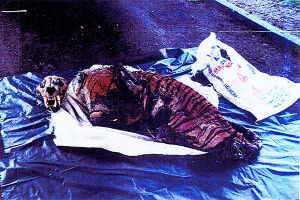 The accused had this tiger carcass in his possession. Photo Credit: Perhilitan

Yet such leniency makes wildlife conservation all the harder. Malaysia has very strict laws on the possession of illegal narcotics and harsh penalties, including death sentences, are routinely handed down to perpetrators. The full force of the law must similarly be brought to bear upon poachers and wildlife traffickers if we are to stem the tide of wildlife crimes in Malaysia.

“A one-month jail term for transporting a dead national symbol on a motorbike sends an extremely worrying message to would-be offenders,” stresses Kanitha Krishnasamy, acting regional director for TRAFFIC in Southeast Asia. “What this case shows us is that we have our work cut out for us; it would be easy to give up but this is the last thing we should do.”

Giving up is certainly not an option as there are only around 350 Malayan tigers left in the wild, which means that the species is facing the dire threat of extinction. According to TRAFFIC, between 2001 and 2015, the remains of as many as 103 tigers were confiscated by officials around the country. Last year alone six tigers are known to have perished, while the trade in tiger parts, like pelts and claws, continued unabated clandestinely.

Yet the killers and traffickers of Malaysia’s beleaguered tigers routinely get off lightly for their crimes. “The highest prison sentence meted out so far in connection with Tiger seizures was in a 2012 case involving parts amounting to 22 Tigers (as well as nine African Elephant Loxodonta africana tusks),” TRAFFIC notes. “The offender was given a jail term of 24 months, which ran concurrently for all the offences, effective from the date of his arrest. He was also fined a total of MYR200,000 (valued at USD66,700 at the time).”

The lenient sentencing must stop.