Trophy Hunting is no Harmless Sport 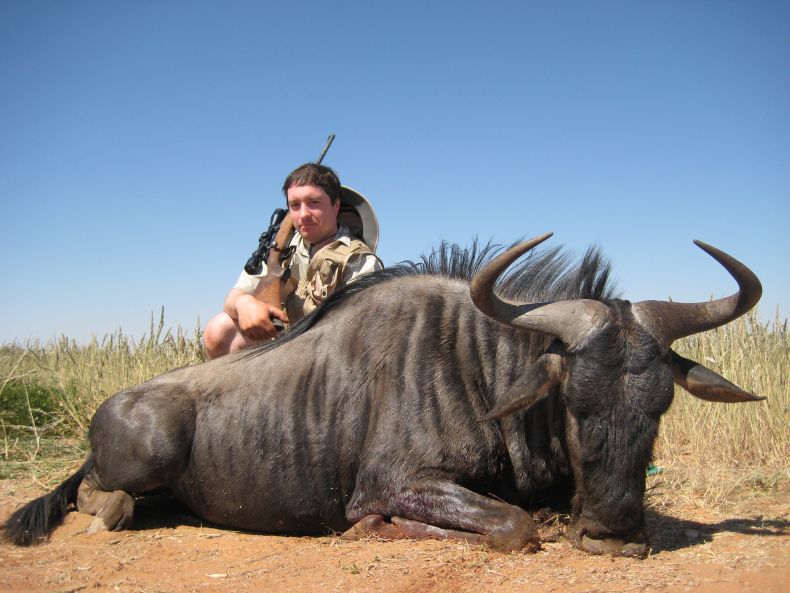 A trophy hunter poses with a wildebeest he has just killed in Namibia. Photo Credit: Wikimedia Commons

Quite a few people like to shoot unsuspecting animals dead with powerful rifles from a safe distance and then pose with the remains of these poor creatures in order to flaunt their supposed virility. Don’t ask us why. We have no idea why these people consider such acts of cowardice and callous brutality to be a show of manliness.

Then again, we should not be hard on men alone. Women, too, have been known to engage in trophy hunting for sport.

Trophy hunters regard what they do as sport, but they are definitely not good sports. These hunters may think that all they do is kill individual animals. Yet researchers say trophy hunters can drive entire species extinct.

By targeting high-quality males because of their prominent ornaments like large horns or antlers, trophy hunters can diminish the gene pools of wild populations. And that can pose a significant risk when environmental factors also play a part in putting pressures on a species.

“Trophy hunting can potentially push otherwise resilient populations to extinction,” says Rob Knell, a biologist at Queen Mary University of London who was part of a team that has published a paper on the topic. “Because these high-quality males with large secondary sexual traits tend to father a high proportion of the offspring, their ‘good genes’ can spread rapidly, so populations of strongly sexually selected animals can adapt quickly to new environments,” he explains.

“Removing these males reverses this effect and could have serious and unintended consequences,” Knell goes on. “We found that ‘selective harvest’ has little effect when the environment is relatively constant, but environmental change is now a dangerous reality across the globe for considerable numbers of species.”

The researchers say that their findings underline the importance of ensuring that even licensed hunting is done only in line with strict conservationist guidelines. Sadly, that is routinely not the case in Malaysia where trophy hunters often kill animals like banteng and sambar deer illegally, thereby further endangering already endangered species.

According to Sabah Wildlife Department officials, wild banteng around the state are being driven extinct by trophy hunters and poachers. As many as four wild cattle are gunned down each month in Sabah, which has only somewhere between 300 and 500 banteng left. “The only fitting words to describe it is we have a critical situation,” Peter Malin, the department’s deputy director, stressed.

Several VIPs and the managers of local oil palm plantations are suspected of engaging in illegal trophy hunting in Sabah by way of recreation. Perhaps because of their wealth and status, such people may well think that they can break the law without consequences.

To combat the scourge of illegal hunting and wildlife poaching, local officials are planning to set up an elite mobile unit of armed rangers whose task will be to conduct round-the-clock surveillance and confront poachers if need be. “They will be armed and work on shifts. They don’t do anything but 24-hour surveillance. We will give them guns,” Chief Forest Conservator Sam Mannan said. “It’s not necessarily to shoot people, more for warnings, but if things get heated, they have to be able to protect themselves.”

That’s certainly a step in the right direction. Officials will also need to bring the full force of the law to bear upon poachers and trophy hunters who kill endangered animals. Rigorous law enforcement can and will serve as effective deterrence. Once poachers and hunters are hunted down too, they will think twice about killing endangered animals with impunity.