A Clean Malaysia Milestone: This is Our 1,000th Post

Clean Malaysia was launched in August 2015 with a simple mission: to provide a window for locals and foreigners alike into the wondrous world of Malaysia’s natural environments by highlighting what ails these environments and what can be done to heal them.

Clean Malaysia has been a nonprofit passion project driven by a desire to protect the natural beauty of some of the world’s most breathtaking areas and environments from any further harm by raising awareness of environmental issues across the country. We have intended to serve as a clear and reliable voice for environmental protection and conservation in the country, and we will continue to do so. 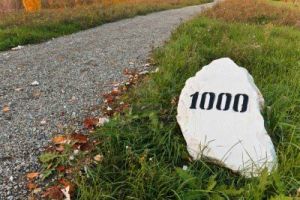 Our small team of dedicated conservationists have been providing daily updates on a wide variety of environmental issues from around Malaysia and farther afield.

Notably, we have devoted much of our coverage to deforestation, poaching, wildlife trafficking and other threats facing endangered species in Sabah and Sarawak. We have shone the light on the environmental and social repercussions of the bauxite mining fiasco in Pahang.

We have brought attention to the detrimental effects of coastal and hillside developments in Penang. And we have explored the implications of air pollution and water pollution in Kuala Lumpur and elsewhere.

We have also been seeking to highlight the invaluable work of conservationist groups and homegrown environmentalists, young and old, who have been doing their best to help tackle the problems that afflict natural habitats across Malaysia. They are true heroes of the environment, and it has been our privilege to spread word about their concerns, about their initiatives and about their achievements. 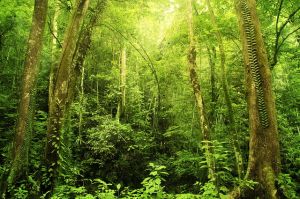 Malaysia boasts some of the planet’s oldest and most biodiverse forests. Let us make sure it stays that way. Photo Credit: Flickr

In addition, we have made it our mission to bring noteworthy developments from around the world to the attention of Malaysians, especially regarding the effects of climate change and promising advances in green technology. As the country seeks to rebrand itself as a carbon-neutral nation by 2050, its answers to climate change will be decisive in coming years and decades. By weaning itself off fossil fuels and transitioning to clean energy sources, Malaysia can go a long way toward fulfilling its stated aim of reducing its carbon footprint.

In our work we have been guided by a simple yet important principle. It is that environmentalism should not be treated as an abstract concept or seen as a pursuit better left to the professionals; rather, it should be regarded as an attitude that everyone can adopt and cultivate.

More than two years after we started, we have reached a milestone: this one is our 1,000th post.