Shining a Light on the Plight of Three Chimps in Pahang 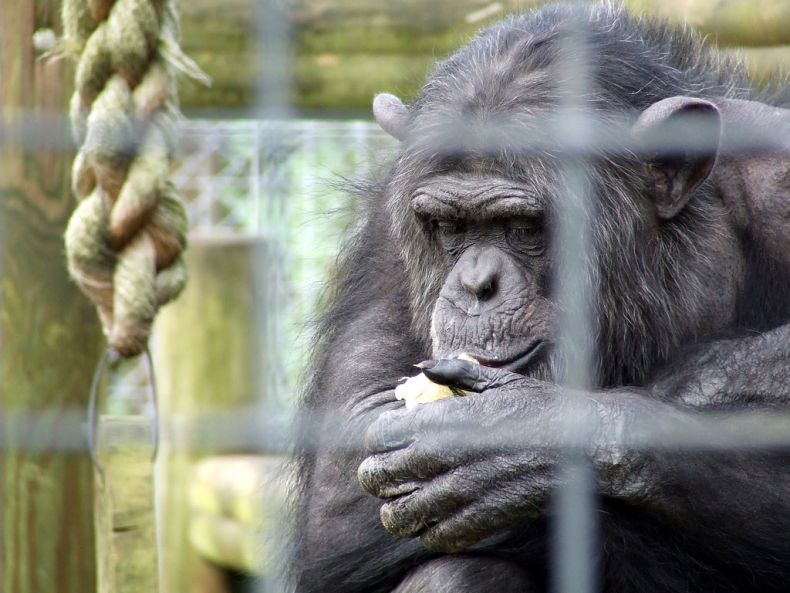 A chimp broods in a cage. Photo Credit: Tim Parkinson via Flickr

Imagine being locked into a grimy little enclosure just so that people can stare at you. You’re nothing but an exhibit for the amusement of others, yet your keepers care little about your wellbeing. And this goes on for years.

Horrific? It sure is.

Yet this is the fate that has befallen three chimpanzees at the Bukit Gambang Safari Park in Pahang, according to conservationists and animal rights activists. 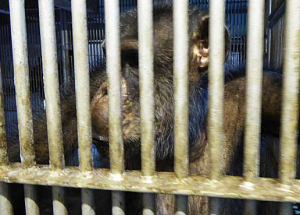 A chimp inside a cage for primates at the Bukit Gambang Safari Park in Pahang.

The three chimps are two females and a male: 16-year-old Botan, 18-year-old Sumomo, and 29-year-old Gonbei. Since they were bought from a Japanese company (hence their Japanese names) and brought to the park in 2015, the apes have largely been cooped up in small 3m-by-4m cages without much of a chance to move around at will outdoors.

“The images and video are shocking,” says Upreshpal Singh, director of the animal rights group Friends of the Orangutans (Foto).

Chimps are highly evolved creatures that love exploring, hanging from trees and doing all sorts of mischief. Needless to say, at their present surroundings in the park they can do none of this. “Chimps in confinement can easily develop debilitating emotional trauma,” Gregg Tully, director of Pan African Sanctuary Alliance, an association of wildlife centers in Africa, has been quoted as saying by Free Malaysia Today. “They can display horrific self-harming and stereotypic behaviour, such as pacing back and forth for hours,” he added.

Worse: It appears that the three captive chimps may have also been reduced to subsisting on a substandard diet with one image taken by animal rights advocates showing them being fed nothing but plantains and thin slices of toast bread.

At many zoos and “wildlife parks” chimps and other apes like orangutans languish in similar conditions, so why pick on this one safari park in Pahang? True. Yet we have to start somewhere. All apes are our evolutionary cousins and they deserve far better treatment from us wherever they are.

Botan, Sumomo and Gonbei do too.