WWF: Stop the Slaughter of Elephants 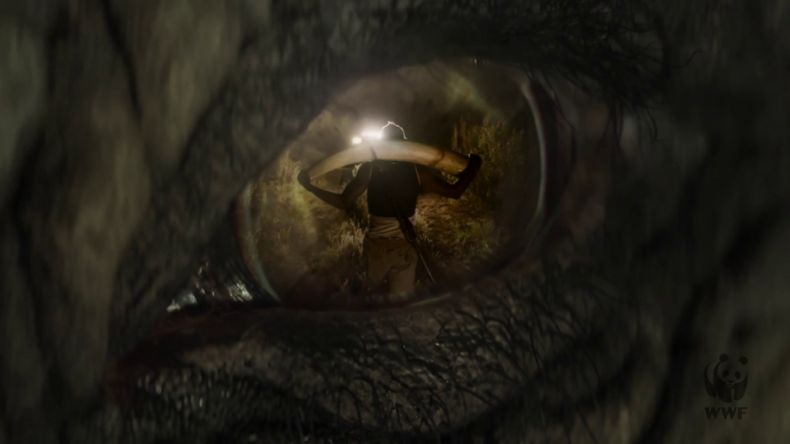 In the advert by WWF an elephant watches helplessly as poachers kill other pachyderms and make off with their tusks. Photo Credit: WWF

Elephants are highly intelligent social animals. It is this trait of these wonderful creatures that is on full display in a moving new advert by the World Wide Fund for Nature. In the one-minute video, which is available on YouTube, an African Elephant watches helplessly as poachers shot dead members of his herd, stripping the dead jumbos of their tusks.

Wielding assault weapons, the killers leave death and sadness in their wake. Sadly, such scenes play out daily in Africa and Asia, where wild elephant populations continue to be decimated by hunters and poachers. “Like us, elephants feel complex emotions,” WWF explains in the advert. “Like us, they feel loss.”

The ad seeks to raise awareness of the rampant illegal ivory trade that has seen tens of thousands of wild elephants slaughtered over the past few years alone. In Africa, the continent’s elephant population have dropped by nearly a half in just the past decade, pushing the species ever closer to the brink of extinction in the wild. 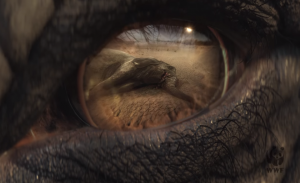 A still from the WWF advert. Photo Credit: WWF

Despite protection measures, global wildlife smuggling syndicates continue to target herds in Africa with the sale of ivory reaching record highs last year, based on the seizure of large shipments. In Malaysia as well, several wild elephants are known to have been killed by poachers over the past year, raising fears that local elephants may too have become the targets of international wildlife syndicates. Most of the illicit ivory is destined for China, which has decided to enact a ban on the sale of ivory but has yet to stamp out the thriving illegal trade in animal parts in the country.

“The world is dealing with an unprecedented spike in illegal wildlife trade, threatening to overturn decades of conservation gains,” WWF explains on its website. “Together, we’re helping train rangers and law enforcers, deploying new technology, working with local communities, tackling consumer demand for wildlife products and working with governments to change legislation,” the conservationist group notes.

The slaughter must stop.