Yet Another wild Elephant Dies, in Gerik 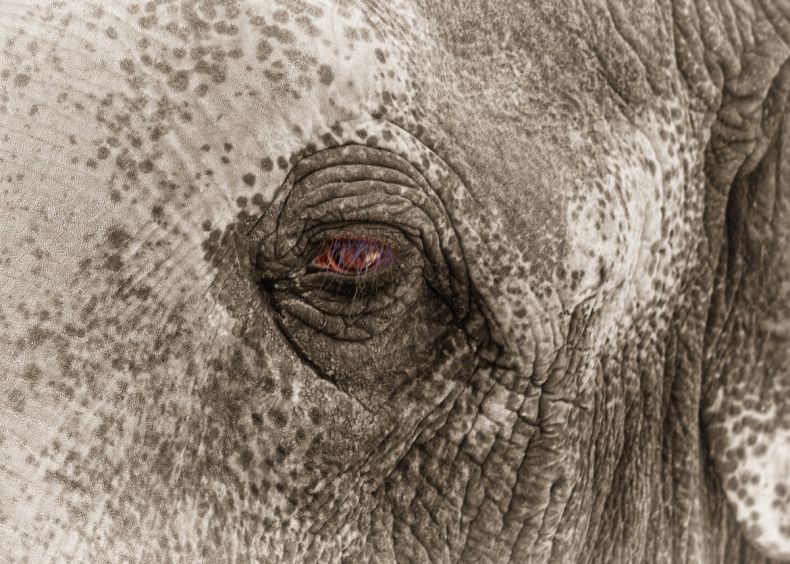 These aren’t good times for Malaysia’s wild elephants. Over the past few months several of them have died, having been poached for their ivory, run down on roads by cars, or gunned down by irate plantation workers.

Now yet another elephant is dead. 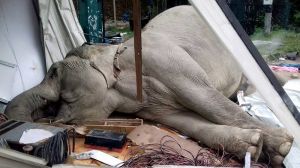 The body of the dead female elephant was found at a construction site. Photo Credit: Gerik Fan Club via Facebook

An elderly female pachyderm died after being electrocuted at a roadwork site near an army base at Tasik Banding in Gerik. Reportedly the jumbo pushed against the zinc wall of a cabin at the site when it was electrocuted by a shock of 240 volts.

The jumbo, who was around 40 years of age and weighed around 2 tons, had likely been foraging for food when she came across the abandoned construction site where road repair had been undergoing.

Worse: the female elephant was lactating, which means that a young elephant calf might be wandering in nearby forests without its mother.

“It is very common for them (elephants) to roam around this area beside the highway as there is plenty of grass and suitable food,” Alicia Solana, an elephant expert, has been quoted as saying. “It is a big loss emotionally for this herd as we see them very often.”

Sadly, the number of wild elephants that perish are bound to increase around the country. With much of their natural habitats lost or increasingly fragmented, wild elephants have no choice but to wander into populated areas where they end up facing a variety of dangers, including road accidents and unfortunate mishaps like this.

The solution is simple: we must preserve the habitats of Malaysia’s beleaguered elephants, and other endangered wildlife, at all cost.