Snakes and Monkeys, deprived of their Habitats, invade people’s Homes 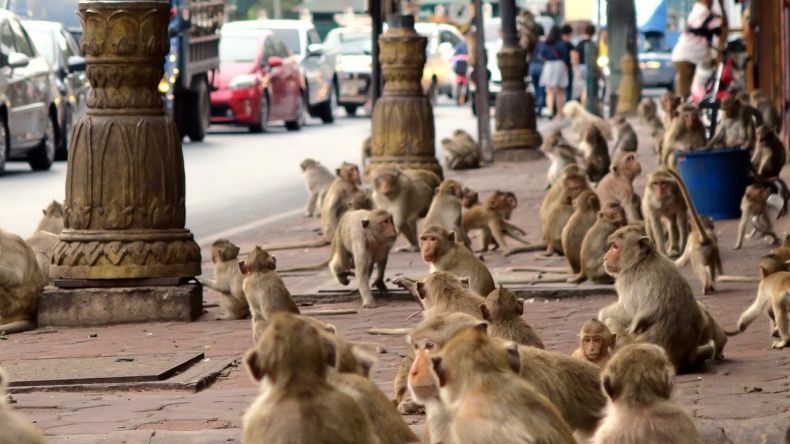 With their forests decimated, monkeys such as these often have no choice but to relocate to towns and cities. Photo Credit: YouTube

In parts of Bangkok many residents keep on encountering unwanted visitors to their homes: snakes that set up camp in toilets and various nooks. Such unwelcome visits have never been uncommon in the Thai capital, which is situated in a floodplain. Yet the number of home intrusions by slithering serpents have been on the increase. This year some 32,000 cases have already been reported, which is more than three times the number in 2012 (10,492).

Meanwhile, in satellite communities of Malaysia’s own metropolis, Kuala Lumpur, rowdy bands of monkeys have been harassing and accosting locals. At times the monkeys intrude into people’s homes with impunity. Female monkeys are especially prone to bringing their newborn offspring into homes. “Residents in affected areas have complained that the infants have been sleeping in human homes,” a member of parliament noted. 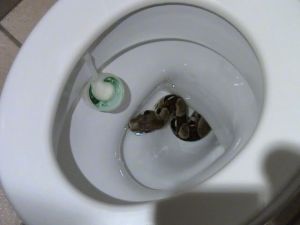 Finding a snake in your toilet may be a hair-raising experience, but it’s not the snake’s faults it ends up there. Photo Credit: Facebook

Nor are such occurrences limited to Bangkok and Kuala Lumpur. Across much of Thailand and Malaysia, as well as elsewhere in the region, a variety of wild animals are increasingly moving into human communities, often alarming or annoying residents. The question is why?

Here’s why: it’s not so much that wild animals are coming into our homes as that we’ve moved into theirs by taking over ever larger swathes of natural habitats. Thus deprived of their living space, myriad creatures, large and small, have nowhere left to go but to developed areas. In Sabah, local herds of pygmy elephants often wander into plantations in search of food and increasingly end up being shot in revenge as a result.

Sadly, as we continue to encroach on wild animals’ living spaces, human-animal conflicts will become increasingly common. Needless to say, it will be the animals who will suffer for it. They will be shot or poisoned or killed and harmed in other ways. Even when locals do not set out to capture or kill invasive animals, they may still wind up dead, such as through being killed as they pass roads.

The solution is simple: we must stop depriving wild animals of their habitats so they can be left in peace within their natural surroundings.