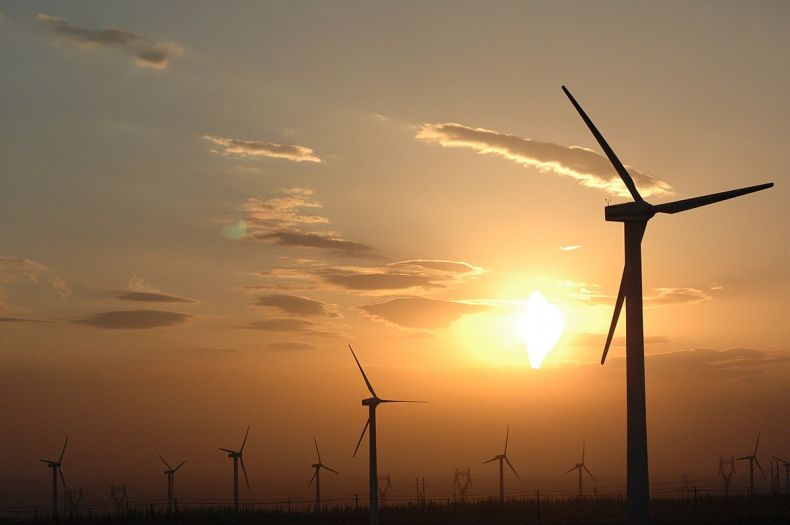 As wind power is coming into its own across Europe, ever newer records are being set on the continent. The latest record involving wind power comes from Denmark: Wind power accounted for a record high of 43.4% of the Scandinavian nation’s total electricity consumption last year.

Denmark, a northern European nation with lots of blowsy weather, has come to rely ever more on wind power. In 2015 the country set a then record of 42% and it is now setting its sight on having half of all its electricity needs met with wind power by the year 2020. 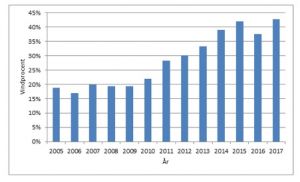 Denmark’s reliance on wind power has been on the way up. Photo Credit: Danish Ministry of Energy, Utilities and Climate

“With the wind power production record, Denmark places a green flag on the world map. We once again show the whole world that Denmark has the world’s best energy system,” said Lars Christian Lilleholt, the Nordic nation’s Minister of Energy, Utilities and Climate. “We have managed to accommodate large amounts of wind power and other green sources of energy, while maintaining high security of supply.”

Wind power has been on the way up across Western Europe, especially its windier northern parts. In the Netherlands, for instance, all of the national railway company’s electric trains now run on renewable power generated by winds. In Scotland, another northern European country known for fierce gales and blasts of wind throughout much of the year, wind turbines dotted around the countryside feed plenty of electricity into the nation’s grid.

With the leaps and bounds of improvement in technology, wind power is bound to become ever more cost-effective in coming years and thus even more prominent in Europe’s electricity generation schemes. A company in Denmark has recently unveiled a giant wind turbine that can generate 216,000kWh (kilowatt hours) in a single day.

“Our prototype at Østerild sets yet another record for power production, producing 216,000 kWh over a 24 hour period,” the Danish company noted. “We are confident that the 9 MW machine has now proven that it is ready for the market and we believe that our wind turbine will play an integral part in enabling the offshore industry to continue to drive down the cost of energy.”

The winds of change in Europe’s energy business are blowing. Literally.