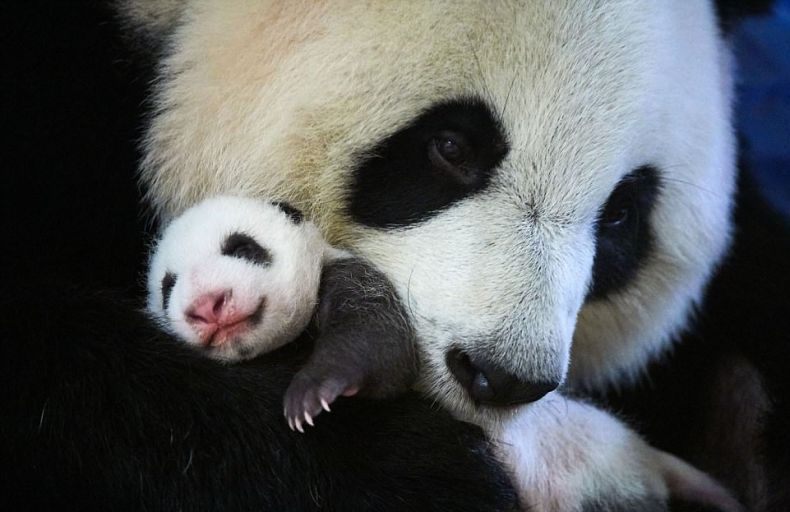 Malaysia’s own giant panda couple, Liang Liang and Xing Xing, have just welcomed their second cub. The female newborn, which weighed a mere 190gm at birth, is the second daughter and the younger sibling of the two adult pandas’ first cub, Nuan Nuan, who was born on August 18 in 2015 at Zoo Negara in Selangor and was recently “returned” to China.

“I am very pleased to announce that the newly born giant panda is a female, and that the baby is healthy and is being cared for very well by her mother and handlers at Zoo Negara,” said Wan Junaidi Tuanku Jaafar, minister of Natural Resources and Environment. “We hope that she will continue to be healthy and we look forward to being able to visit her in the near future.” 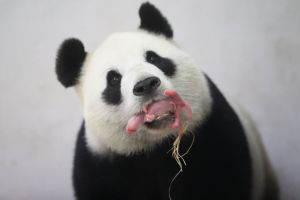 Liang Liang and Xing Xing have been on a 10-year loan from China since 2014 to mark the two nations’ 40th anniversary of diplomatic relations. The loan of the bears has been part of China’s international “panda diplomacy,” whereby friendly nations receive a pair of adult pandas, a male and a female, so that they can participate in a large-scale artificial breeding program. Recipient countries benefit by being able to showcase the “cuddly” animals to the local public at a prominent national zoo.

The presence of the giant pandas at Zoo Negara has duly delighted visitors, especially children, and so the endangered animals have done their share in introducing young Malaysians to the subject of wildlife conservation, even if in an artificial setting.

Here’s hoping that local Malaysians’ love of the pandas will also extend to native species, including sun bears, many of which are facing serious threats to their continued existence in their natural habitats around the country. Here’s also hoping that the successful artificial breeding project of giant pandas can be replicated with such critically endangered species as Sumatran rhinos whose only hope lies in similar breeding programs now that they have been wiped out from their natural habitats.

The newborn giant panda cub, which is yet to be named, is reportedly doing well. “We have to feed the mother by hand as she needs to use both her arms to hold the baby,” said Mat Naim Ramli, director of the zoo’s panda center. “While we feed her, we try to persuade her to let us take the baby, to carry out small procedures like measurements,” he added. “But she can somehow smell that we want to take her baby away, so she‘s been very attentive.”