Peka: Penang Politicians should Devote themselves to Green Causes 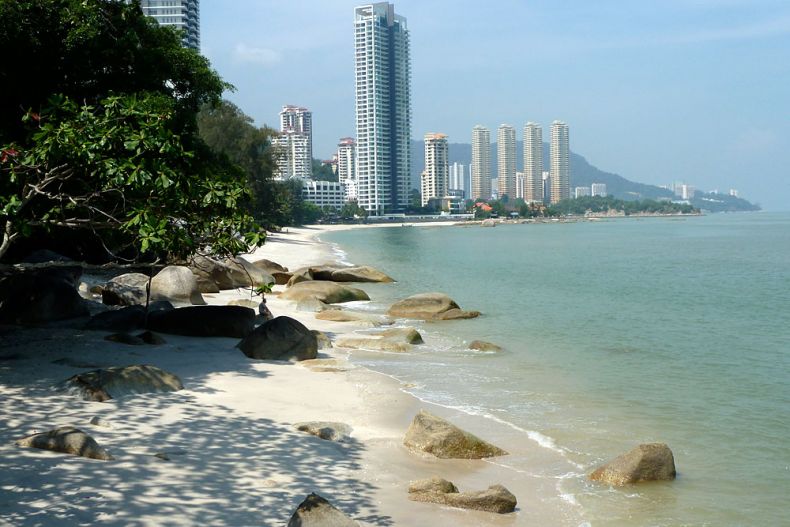 Once pristine beaches are being erased or hemmed in by the tides of coastal development in Penang. Photo Credit: Adrian Loader via Bugbog

In vying for votes, political parties in Malaysia routinely tout similar agendas on their platforms: boosting the economy, eliminating corruption, helping their constituents in various ways. Few of them, though, campaign seriously on pledges to protect local environments better.

In Penang, that should change, insists the homegrown conservationist group Pelindung Khazanah Alam (Peka). “Deforestation, loss of wildlife and biodiversity, water security are all on the minds of Malaysians, as much as or even more so than other issues, especially for those living in areas with a degraded environment,” the NGO’s president Shariffa Sabrina Syed Akil was quoted as saying.

“We want to see a clear action plan, real commitment to stopping a range of activities which are harming our country’s ecosystem,” she added, while calling on local politician to place environmental issues right on tope of their agendas during their election campaigns and terms in office, if elected.

“We want whoever forms the government to be honest on the environment,” the prominent conservationist stressed. “We want leaders who will balance development with [con]servation, not those who will destroy our natural heritage for some quick money.”

Yet, sadly, many are the politicians on the island who have been placing quick profits ahead of the needs of the environment. Massive development projects, like the South Penang Reclamation Scheme, are in the works around the island, raising the specter of damaging Penang’s environment irrevocably. Coastal developments have already been decimating biodiversity along the island’s shorelines, depriving fishermen of their livelihoods in the process.

“Environmental protection never seems to be on anyone’s mind until we get hit whether by landslides, water shortages, pollution or the haze,” Shariffa Sabrina said. “It may seem less sensational, but if we do not have green minded-politicians, all other issues will amount to nothing as the air and water quality drop and the price of food shoots up.”