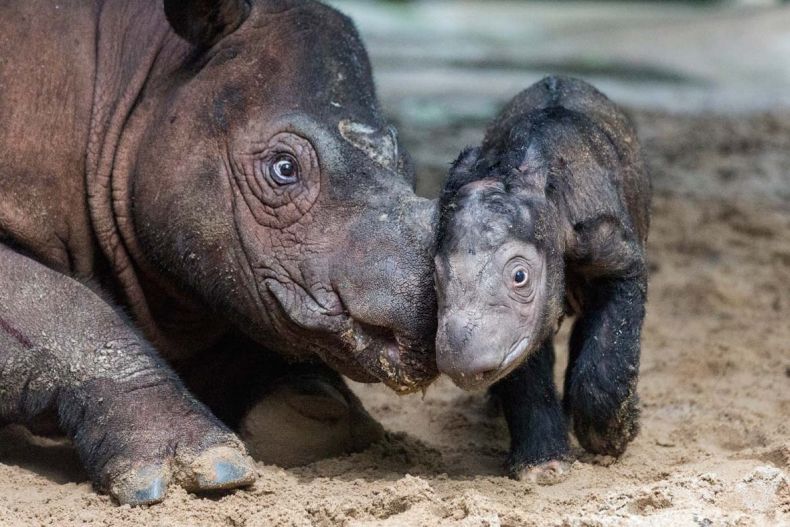 The only chance for Malaysia's Sumatran rhinos now lies in last-ditch efforts to save them. Photo Credit: Stephen Belcher via Earth Touch

For a while it seemed that the condition of Malaysia’s last female Sumatran rhino was touch-and-go, but it appears now that Iman is now on the mend. According to a senior wildlife official in Sabah, she has regained some of her appetite and is responding well to treatment at the Tabin Wildlife Reserve, where she is kept.

Cause for optimism, that. 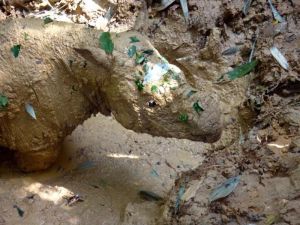 So is the decision of Indonesia’s government to allow the semen of a captive male rhino to be sent from Indonesia so that it can be used in Malaysia’s artificial reproduction project aimed at bringing the country’s rhinos back from the very edge of extinction. The sperm will be used to fertilize one of Iman’s eggs artificially as part of an advanced captive-breeding project undertaken by the Borneo Rhino Alliance (BORA).

Once the egg is fertilized, the resulting embryo will be sent back to Indonesia and implanted in the uterus of a captive female rhinoceros at an Indonesian sanctuary. This will be necessary because Iman is not deemed healthy enough to carry a pregnancy successfully to term.

It remains in doubt whether the plan will succeed, but there are few other alternatives left. Malaysia has only two aging Sumatran rhinos left, both in captivity, while in Indonesia, too, their numbers have plummeted. There might be as few as 50 wild rhinos left in the country.

“I cannot speak on behalf of the government of Malaysia, but I am sure that this is the news that we have all been waiting for,” said John Payne, head of BORA. “We need to recognize that speed is of the essence,” he added. “Whether or not Indonesia decides to work with Malaysia, the species is very close to extinction. The need to immediately boost Sumatran rhino births far outweighs the need to prevent rhino deaths.”