Coral Reefs are getting KO’d by Climate Change 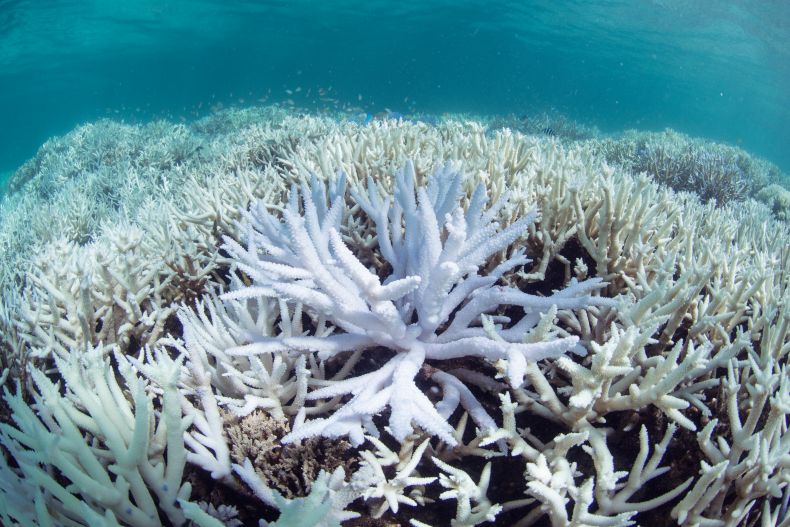 Coral bleaching poses a threat not only to fragile reefs but to entire marine ecosystems as well. Photo Credit: www.globalcoralbleaching.org

Coral bleaching is bad news for fragile marine ecosystems. Mass bleaching of corals on a wide scale is worse news still. Yet bleaching en masse reefs around the seas are, according to scientists who have surveyed bleaching records of 100 reefs collected between 1980 and 2016 from around the tropics.

The researchers, who have published their findings in the journal Science, have found that reefs are bleaching with far more frequency than ever before in recorded memory. Worse: more frequent episodes of mass bleaching allows fragile corals less time to recover. The culprit for this phenomenon is the usual suspect: climate change that increases water temperatures.

“Tropical reef systems are transitioning to a new era in which the interval between recurrent bouts of coral bleaching is too short for a full recovery of mature assemblages,” they write. “The median return time between pairs of severe bleaching events has diminished steadily since 1980 and is now only 6 years. As global warming has progressed, tropical sea surface temperatures are warmer now during current La Niña conditions than they were during El Niño events three decades ago.”

In other words, since the early 1980s corals, which used to experience mass bleaching only once in a quarter century or so, now tend to bleach once every six years on average. This happens because warming waters cause corals to shed their symbiotic algae, which give them their vibrant colors and which they need to survive.

A scientist has likened the effects of frequent mass bleaching to the knocks boxers suffer in the ring. “If you go into the ring with a heavyweight boxer, you could probably stand up for one round, but once that second round comes, you’re going down,” said Dr. Mark Eakin, an expert at the US National Oceanic and Atmospheric Administration. “The acceleration in the return rate of bleaching events matches up very well with what the climate models have been telling us. They predict that by mid-century most of the world’s coral reefs will be suffering yearly, or near-yearly, heat stress.” 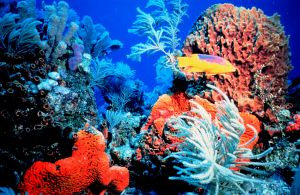 The head of the United Nations’ environment program has echoed that bleak assessment. The planet’s reefs, says Erik Solheim, are at a “make or break point,” meaning that unless the world’s nations join forces to save the Earth’s corals, we are facing an environmental catastrophe. “Today I appeal to every single person on Earth to help us. We must replace the present culture of abuse with a culture of care,” Solheim said.

“We have seen a huge decline in the reefs and that is absolutely serious,” he added. “But there are also signs of change. We see now a huge global shfit from coal to solar and wind and that is very good news for our efforts to reduce the effects of climate change.”

The future of the oceans depends on coral reefs to a large extent. If and when the corals go, so will vibrant ecosystems disappear as well. Although coral reefs make up just 0.1% of the planet’s seas, they account for a third of their biodiversity. “When coral dies, it affects the shelter and food that sustain fish, lobsters, shellfish, worms, etc.,” explains Jelle Atema, a professor of biology at the Boston University Marine Program in the United States.

“The same happens in a rain forest,” Atema adds. “When the trees die, the animals and plants that have developed over millennia die with them.”