How did Elephants get to Borneo? Now we may Know the Answer 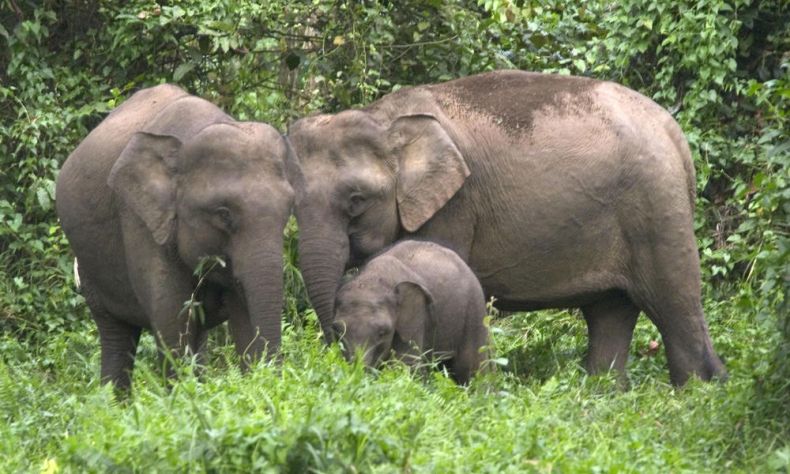 Despite their long history on the island Borneo's pygmy elephants have fallen on hard times. Photo Credit: worldwildlife.org

Bornean pygmy elephants, the planet’s smallest living elephants, are a unique subspecies whose origins have long puzzled experts. The million-dollar question is when and how Asian elephants got to the island, there to split off into a subspecies of their own over time.

Now a group of scientists say they may have the answer. Writing in the journal Scientific Reports, a research team comprising scientists from a variety of universities as well as the Sabah Wildlife Department posit that Asian elephants migrated to the island when sea levels were lower and a land bridge still exited between the Sunda Islands. 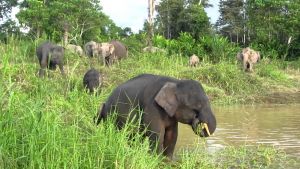 This hypothesis goes against a prevalent view that Borneo’s elephants were introduced to the island by humans only a few hundred years ago. According to historical records, in the 17th century sultans in nearby sultanates did indeed offer elephants as gifts to Borneo’s sultan.

But how did those elephants turn wild then, seeing as there are around 2,000 wild elephants in Borneo today and there were far more in decades past? A widespread view has it that some captive elephants escaped a few hundred years ago, retreated into local forests and started wild colonies there on their own by turning feral.

However, a genetic study conducted on Bornean pygmy elephants has shown that their DNA is markedly different from that of Asian elephants, indicating that they may have split off from Asian elephants as long as 300,000 years ago. No ancient elephant fossils have been found in Borneo yet, though, to prove this theory.

Enter the new research team. “We investigated the demographic history of Bornean elephants using full-likelihood and approximate Bayesian computation analyses,” they write. “Our results are at odds with both the recent and ancient colonization hypotheses and favour a third intermediate scenario.”

Borneo’s pygmy elephants are at risk from being killed by poachers and angry farmers alike. Photo Credit: WWF

According to this new scenario, Borneo’s elephant population experienced a genetic bottleneck during the last glacial period “possibly as a consequence of the colonization of Borneo, and from which it has slowly recovered since,” the scientists observe.

“Our results suggest that the most likely scenario to have occurred is a natural colonization of Borneo around 11,400 to 18,300 years ago,” observes Reeta Sharma, the first co-author of the paper. “This period corresponds to a time when the sea levels were very low and elephants could migrate between the Sunda Islands, a Southeastern Asia archipelago to which Borneo belongs,” she adds. “We cannot exclude more complex scenarios, but a historical human introduction seems very improbable, and so does a very ancient arrival,” the scientists notes.

Then again, it’s not so much the elephants’ past that should concern us as their future. Their environments have been badly fragmented and they are at increased risks of being poached, run down on roads or harmed in other ways. Yet understanding their origins may help us save them more effectively by helping us develop a long-term conservation strategy custom-tailored to their special habits and needs.

“[I]n the light of the recent killings of elephants in the state for ivory trade and during conflicts, Sabahans must realise that it is their natural patrimony that is targeted, they need to stand for their wildlife and condemn those who kill those magnificent creatures,” stresses Dr. Benoit Goossens, an expert from Cardiff University’s Danau Girang Field Center. “We should take pride [in] our wildlife. Elephants are part of Sabah’s patrimony and we cannot afford losing more animals.”