Microwaves are a Threat to the Climate 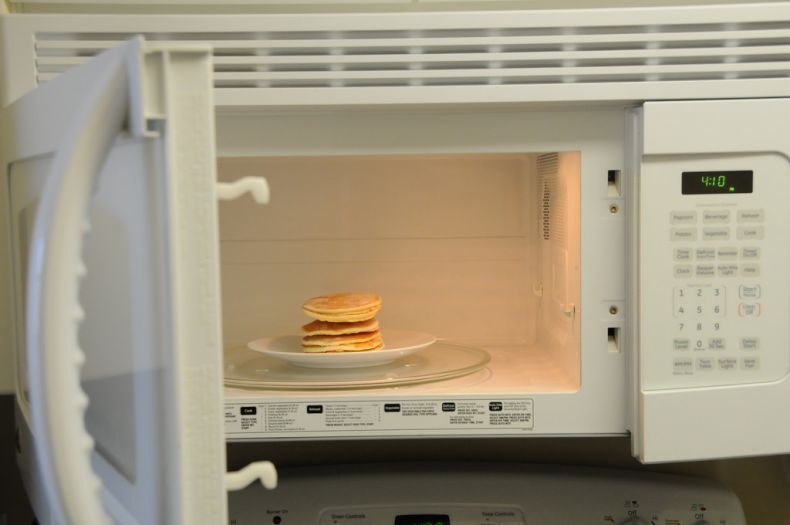 Microwaves are handy kitchen appliances but they come with an environmental cost. Photo Credit: peapod labs via Flickr

Microwave ovens are handy kitchen appliances. They help us cook up fast meals within a matter of minutes. Yet they aren’t as harmless to the environment as they may seem.

According to a groundbreaking study by researchers at the University of Manchester, the millions and millions of microwaves in use around the European Union emit as much CO2 as 7 million cars each year. A whole lot, in other words.

The scientists have worked out how much carbon dioxide microwave ovens generate throughout their lifecycle from their manufacture to their final disposal. What they have found is that the microwaves in use across the EU emit an estimated 7.7 million tons of carbon dioxide each year, which is the equivalent of the annual emissions of 6.8 million cars.

In addition, the ovens consume some 9.4 terawatt hours (TWh) of electricity every year, which equals the annual electricity output of three large gas-powered plants. Using 19 microwaves for a year is tantamount in greenhouse gas emission terms to using a car for the same period, the researchers says. 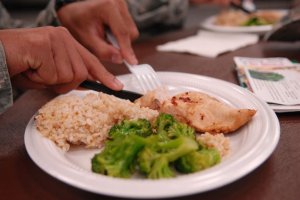 Quick meals like this can generate plenty of CO2. Photo Credit Shaw Air Force Base

On average a single microwave oven uses 573 kilowatt hour (kWh) of electricity over its lifetime, which is around eight years. That is equivalent to the amount of electricity consumed by a 7-watt LED light bulb switched on continuously for almost nine years.

“This is despite the fact that microwaves spend more than 90% of their lifetime being idle, in the stand-by mode,” the study’s authors explain. “It is electricity consumption by microwaves that has the biggest impact on the environment,” they add.

And that matters because there are hundreds of millions of microwaves in use around the planet. Within the EU they comprise the largest percentage of sales for all types of ovens. By 2020 there will be 135 million of them in the European economic zone. To make matters worse, whereas in 2005 an estimated 184,000 tons of waste was generated from discarded microwaves, that figure will grow to 195,000 tons by 2025, accounting for 16 million individual microwaves discarded as waste every year.

So what to do? The researchers counsel changes in our lifestyle habits. “Efforts to reduce consumption should focus on improving consumer awareness and behaviour to use appliances more efficiently,” they note. “For example, electricity consumption by microwaves can be reduced by adjusting the time of cooking to the type of food.”