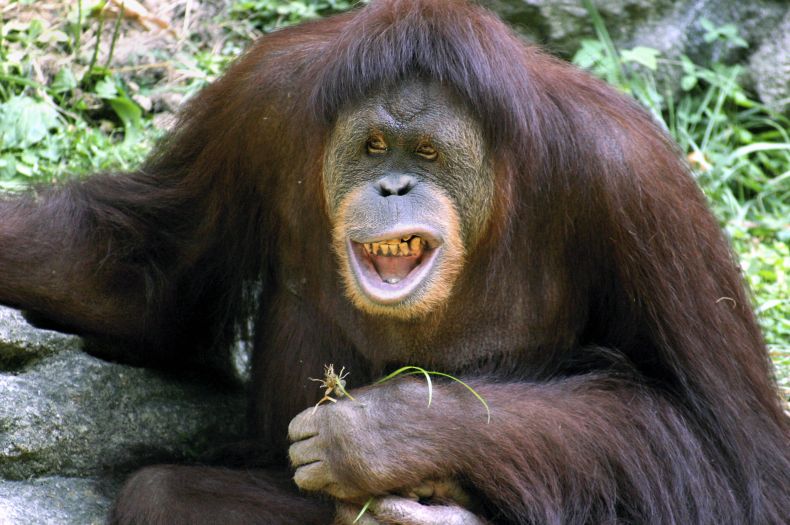 Orangutans use the leaves of a certain plan to treat their aching muscles and joints. Photo Credit: Wikimedia Commons

The orangutans of Borneo are among the smartest creatures on Earth. Yet just how astute they can be continues to surprise us. Take this bit of news: the apes, it turns out, self-medicate by using specific plants.

Experts have observed forest-dwelling orangutans on the island treating inflammation of their joints and muscles by chewing leaves of the Dracaena cantleyi plant. The apes masticate on the leaves until they turn into a lathery pulp, which the orangutans then proceed to smear on their aching body parts for between 15 and 45 minutes. 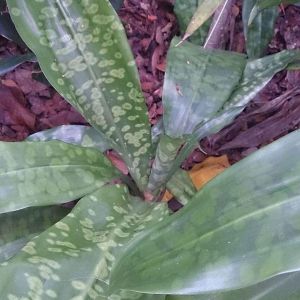 During the observations the apes never swallowed the leaves, indicating they were using the plant only for their medicinal properties. Laboratory tests performed later on the leaves have shown that their extracts can inhibit the production of so-called inflammatory cytokine molecules that promote inflammation in the body.

“The use of leaf extracts from Dracaena cantleyi by orang-utan has been observed on several occasions; rubbing a foamy mixture of saliva and leaf onto specific parts of the body,” the researchers, led by Czech expert Ivona Foitova, who has been conducting field research in Borneo for years, explain in an article published in the journal Scientific Reports. “Interestingly, the local indigenous human population also use a poultice of these leaves for the relief of body pains,” they add.

The self-medicating behavior of Bornean orangutans was observed during more than 20,000 hours of filming conducted by the Borneo Nature Foundation. In some of the clips the animals were seen making their own herbal medicines in the Sabangau Forest in Central Kalimantan.

Of course, orangutans aren’t the only animals that self-medicate. Several other species have been documented doing so. They include African wild chimps, bonobos and gorillas which have been filmed consuming the bitter juices of certain plants to treat their parasite infections.