Should the EU stay firm in its Stance on Malaysian Palm Oil? 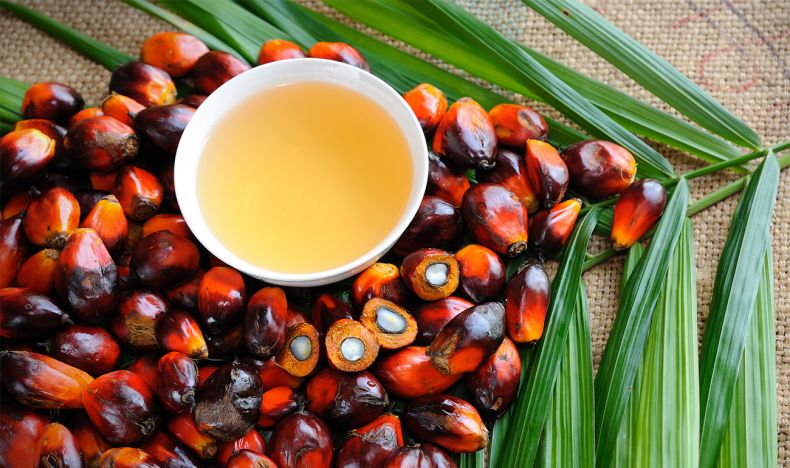 Palm oil is a vital product for Malaysia's economy. But an environmentally calamitious one too. Photo Credit: Max Pexels

Chalk one up to Malaysian palm oil companies.

In late January, European lawmakers approved a new energy plan for the 28-member economic zone that included an impeding ban on the use of palm oil in motor fuels on the continent from 2021 onwards. Malaysian palm oil producers and their allies in government were outraged by the decision, labelling it “crop apartheid.”

Now, barely two weeks later, several European countries are backpadelling. France has said it’s not in favor of the impending ban. “We want to work together with producing countries to encourage sustainability in this sector to the benefit of all sides and in the spirit of full dialogue and cooperation,” Armed Forces Minister Florence Parly said after explaining that “we understood the importance of it for the economy, in particular for rural development.” 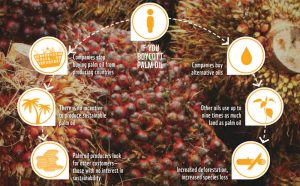 Sweden, too, has sounded a similarly conciliatory note. “Sweden and many other European countries, who are member states of the EU, are against any kind of discrimination. That includes any regime that would be discriminating against other products,” Sweden’s Ambassador to Malaysia Dag Juhlin-Dannfelt was quoted as saying.

In a like vein, China, the second largest market for Malaysian palm oil after the EU, has stressed it will not set any limits on palm oil from Malaysia to assuage fears by local producers and politicians that it might follow the EU’s example.

It is undeniable that palm oil production is a vital part of Malaysia’s economy. Yet it’s likewise undeniable that palm oil cultivation has inflicted irreversible damage on the country’s natural environment and is bound to inflict even more unless palm oil conglomerates change their ways. Much of the country has seen its forest cover stripped bare, leaving nothing but endess rows of oil palms in their place. A dispiriting sight if ever there was one.

Between 2010 and 2015 in western Malaysia more than 200,000 hectares of forests were lost, most of it to palm oil plantations, according to a study, while large swathes of peatland were also cleared. And there are plans underway to convert yet more forest into plantations in places like Terengganu despite fierce opposition from locals and environmentalists.

That is why the decision by European lawmakers to use the continent’s economic leverage is a welcome move. Malaysia’s palm oil producers, which have plenty of economic and political clout, will need to be cajoled and, if need be, coerced economically into more sustainable practices for the sake of the country’s fast-diminishing forests. 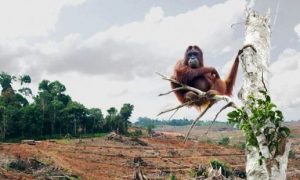 An orangutan perches on the branch of a tree standing at the site of a newly felled forest, which was cut down to make way for a palm oil plantation in Indonesia. Photo Credit: Biosprit-subventionen

Plantation Industries and Commodities Minister Mah Siew Keong, a fierce opponent of the pending EU ban, has even conceded as much. “For me, it is not fair that they (EU) want the certification before the palm oil can enter the EU market,” he said. “Malaysia, as a palm oil producer, is entitled to issue the certificate and [it’s] not for Europe to determine.”

In other words, Malaysian palm oil producers should be left to their own devices and no one should expect them to engage in sustainable practices if they themselves don’t feel like it.

So, without an EU ban, would it be business as usual for Malaysian palm oil producers? Most likely. To their credit, some of these producers have made efforts to adopt more sustainable ways of cultivation and production. Yet the industry as a whole has a very long way to go before it can truly pride itself on being environmentally friendly.

Will the day of sustainable palm oil ever come in Malaysia without considerable economic pressure brought to bear on local producers?