Hong Kong will ban the Trade in Ivory 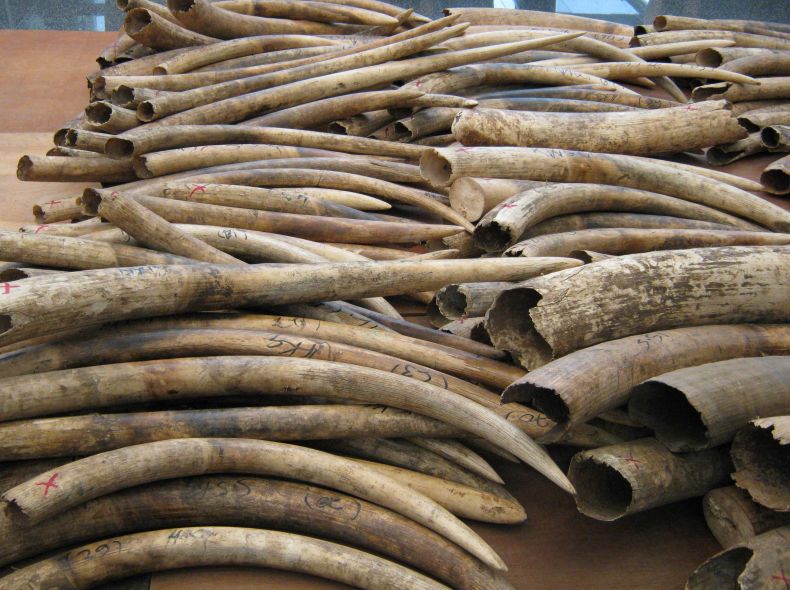 When it comes to global wildlife conservation, it routinely seems one step forward, one step back. On the upside, though, Hong Kong has now taken a large step forward.

The Chinese territory is one of the planet’s largest markets for ivory, and lawmakers in the city state have approved a three-year plan to ban the imports of elephant tusks by 2021. The move follows a similar pending ban passed in mainland China, another major market for illicit ivory.

The planned ban will also include harsher penalties for ivory smugglers with the maximum prison sentence for them increasing from two years to 10 years. “Ivory hunting is a cruel business that should be banned,” legislator Michael Tien Puk-sun has been quoted as saying. “We need to stop the trade to curb poaching.”

Decorative objects like this made from ivory are highly prized in China, but is driving elephants ever closer to the edge of extinction. Photo Credit: Wikimedia Commons

A welcome sentiment, that. The international trade in illegally trafficked ivory is worth around $19 billion (MR75 billion) annually and entails the slaughter of some 30,000 elephants each year. Over the past decade some 140,000 elephants have been killed for their tusks and other body parts in Africa, driving the species precariously close to being critically endangered. While there were 490,000 elephants on the continent a decade ago, there are now only around 350,000.

That’s why the pending bans on ivory in China and Hong Kong are long overdue. Needless to say, local merchants making a killing out of elephant tusks, especially in the form of sough-after ivory carvings, are up in arms over the moratoriums. Conservationists fear that they might retaliate by seeking to obtain plenty more ivory from Africa within the coming three years before the ban takes effect.

“It will be critical to closely monitor and document ivory stockpiles and secure borders to ensure this door remains firmly shut,” said a spokesman for the anti-wildlife trafficking watchdog TRAFFIC.