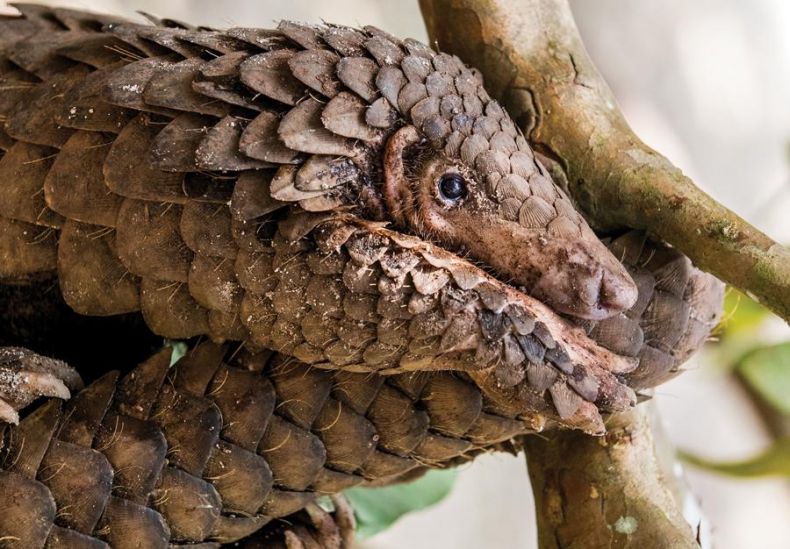 Pangolins are harmless creatures yet they are being driven extinct at an alarming rate. Photo Credit: WildAid

Pangolins are among the world’s most harmless and strangest mammals. They are also among its most trafficked animals, being driven inexorably ever closer to exctinction by unscrupulous poachers and wildlife trafficking syndicates. It seems the outrages against these shy and reclusive mammals never end.

A case in point: Some 4,000 pangolins, weighing 13 tons, were recently discovered in a cargo container at a port in Taiwan. The animals had been descaled and disemboweled.

The container, which also contained frozen sardines as a decoy, had been shipped from Malaysia to Kaohsiung in Taiwan in late December. The shipment was left in an unloading bay by the recepient who did not show up to claim it. “We suspect the recipient of the container is a shell company, as the contents of the shipping manifest were evidently false,” a local Taiwanese office was quoted as saying. “However, it is believed that the group was unable to find a good opportunity to make the swap and decided to return the container before making another attempt to smuggle in the pangolins.” 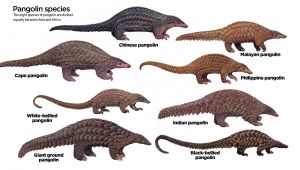 Local officials suspect that Taiwan was to have served only as a transit point for the smuggled animals with the likely eventual destination for them being China or Vietnam. In both China and Vietnam pangolins are highly sought for their scales and meat, to which many locals atribute medicinal properties.

Meanwhile, the fact that the shipment originated in Malaysia, where it passed through customs endutected, shows that the country continues to remain a haven for international wildlife trafficking. Sad? Definitely.

“There is not such a big market for pangolin meat in Taiwan,” a local officer in Taiwan said. “People know it is a protected species and that it is illegal to eat pangolin, so any restaurant offering the meat is usually immediately reported to the authorities.”

Sadly, a similarly consciencious attitude among locals does not seem to prevail elsewhere across several other countries in the region. Each years some 20 tons of pangolins and pangolin parts are trafficked internationally throughout dozens of smuggling routes that reach all the way to Africa, according to a report by the wildlife smuggling watchdog TRAFFIC.

In the Chinese city of Shenzen alone a staggering 11.9 tons of scales were recently seized from a ship. For that one shipment alone somewhere between 20,000 and 30,000 pangolins had been butchered. Yet pangolin smuggling is good business so the animals continue to be slaughtered en masse. In China pangolin scales sell for as much as $750 (RM3,000) a kilo.

Internationally at least 120 tons of pangolins and their parts were confiscated in just five years between 2010 and 2015 by law enforcement agencies. A similarly vast amount of pangolins is also likely to have been smuggled undetected during the same period. “Pangolins are a smuggler’s dream,” notes The Economist. “For defence, and when asleep, they roll themselves up into spheres, scales on the outside, to thwart any predator. That makes them easy to handle and pack. And handled and packed they have been, in enormous numbers.”

According to a paper published last year in Conservation Letters, anywhere between 400,000 and 2.7 million pangolins are poached each year in Central Africa alone. “Based on statistics such as these it seems likely that pangolins, of which there are eight species, four African and four Asian, are the most trafficked type of animal in the world,” The Economist adds.

In Africa, where four of the eight species of pangolin live, the situation of the animals continues to be very bleak. “In 2015 two tonnes of scales were found in a raid conducted at Entebbe airport in Uganda,” the magazine writes. Yet local efforts to stemp out poaching and trafficking are often symied by ignorance, corruption and poverty.

“Cracking down on poachers and traders is difficult, particularly in poor places,” the magazine elucidates. “Even when governments are willing, conservation agencies often lack the resources, such as vehicles (and, indeed, the fuel to put in them) needed to patrol forests and investigate trafficking networks. And willingness is not always there,” it adds. “Such antipoaching and antitrafficking laws as do exist frequently go unenforced.”

Yet here and there measures are being enacted to protect local pangolins better. One such place is Sabah, where the state’s Sunda pangolins have now been classified as a totally protected species. The placid mammals now enjoy the same level of protection as orangutans, elephants and sun bears, which means they cannot be hunted, killed or sold in any shape or form without permits. The important thing now is for Sabah’s officials to enforce the laws protecting the state’s pangolins from poachers.