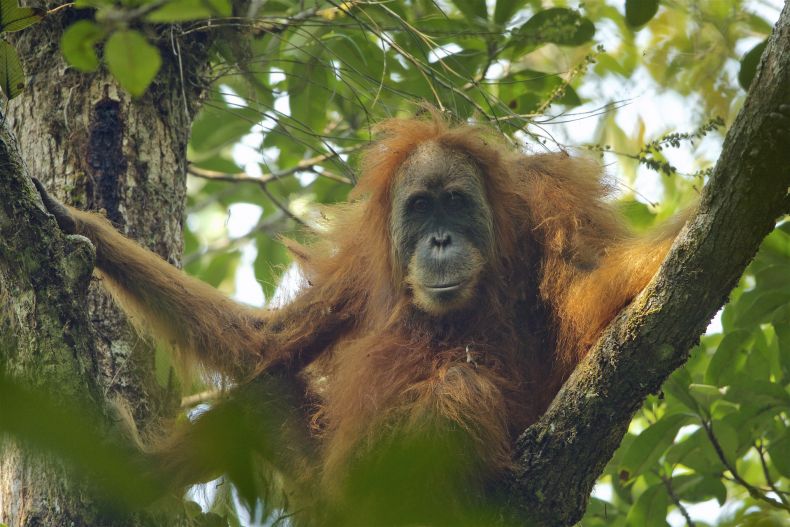 Orangutans face a variety of threats in the wild. Photo Credit: Wikimedia Commons

If people had been doing this to other people, we’d call it genocide. Yet that’s what people have been doing to Borneo’s orangutans: perpetrating a form of eco-genocide against them.

To wit: in this new century as many as 100,000 of the critically endangered primates have died off on the island as a result of human activities, according to researchers who have published their findings in the journal Current Biology.

The researchers, led by Maria Voigt of the Max Planck Institute for Evolutionary Anthropology in Germany, conducted a 16-year survey, for the years between 1999 and 2015. They have reached what they call a “mind-boggling” conclusion about the extent of death and environmental mayhem meted out to orangutans in Borneo.

“[B]etween 1999 and 2015, half of the (island’s) orangutan population was affected by logging, deforestation, or industrialized plantations,” they write. “Although land clearance caused the most dramatic rates of decline, it accounted for only a small proportion of the total loss. A much larger number of orangutans were lost in selectively logged and primary forests, where rates of decline were less precipitous, but where far more orangutans are found.”

But it isn’t just habitat loss that has been driving orangutans en masse closer to extinction on the island. Often they are killed by farmers for eating their crops. “When these animals come into conflict with people on the edge of a plantation, they are always on the losing end,” an expert notes. “People will kill them.” 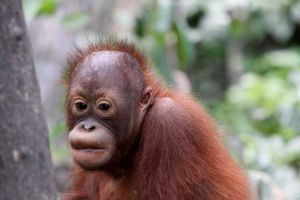 Orangutans, especially babies, are also routinely seized from forests by wildlife traffickers for the exotic pet trade. The apes are likewise targeted by hunters and even killed for sport by some people, at times with sadistic savagery. Just recently two orangutans were murdered brutally in Indonesia’s part of Borneo.

Yet the primary cause of orangutan deaths is still deforestation, which could wipe out another 45,000 members of the species over the next 35 years, the researchers say. Borneo has one of the highest rates of deforestation in the world. On average 350,000 hectares of forests were cleared each year between 2001 and 2016.

Yet not everyone takes the findings of the study at face value. According to its authors, an estimated 6,100 orangutans were killed in Sabah between 1999 and 2015. The director of the state’s Wildlife Department has dismissed that assumption as “baseless.”

It’s undeniable, however, that orangutans are under severe threats around the island. With only between 70,000 to 100,000 of them left in the wilds of Borneo, the prospects for the species increasingly look bleak unless deforestation and poaching are stopped once and for all.