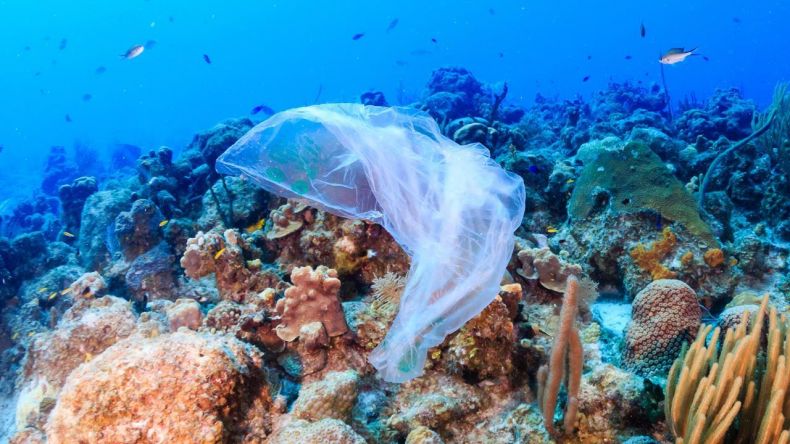 Many of the region's coral reefs are blanketed by plastic debris. Photo Credit: Chemistry World

As if warming water temperatures were not bad enough for them, the region’s fragile coral reefs are facing an existential threat from another source: plastic waste.

Reefs in the Asia-Pacific region have been swamped with billions of pieces of plastic waste, large and small, which has increased the threat of disease to fragile corals, say researchers who have published a study in the journal Science about the threat of plastic debris to corals.

After examining more than 124,000 reef-building corals, the scientists found that 89% of them that had been covered with bits and pieces of plastic were visibly sick. By comparison, only a mere 4% of corals without plastic waste on them showed signs of disease. According to the researchers, contact with plastic waste made corals 20 times more susceptible to become diseased.

That is highly worrying as reefs across the Asia-Pacific region are blanketed by plastic debris with 11 billion pieces of such waste. “With coral reefs already under pressure from climate change and mass bleaching events, our findings reveal another significant threat to the world’s corals and the ecosystems and livelihoods they support,” writes Joleah Lamb, a researcher who led the study. 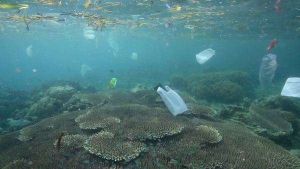 There are a shocking 11 billion pieces of plastic on the Asia-Pacific region’s reefs. Photo Credit: Facebook

“The number of plastic items entangled on the reefs varied immensely among the different regions we surveyed – with the lowest levels found in Australia and the highest in Indonesia,” Lamb, a scientist at Cornell University in the US, elucidates. “An estimated 80 per cent of marine plastic debris originates from land. The variation of plastic we observed on reefs during our surveys corresponded to the estimated levels of plastic litter entering the ocean from the nearest coast,” he adds. “One-third of the reefs we surveyed had no derelict plastic waste, however others had up 26 pieces of plastic debris per 100 square metres.”

And things are going to get worse for the region’s already stressed reefs in coming years. “We estimate that there are roughly 11.1 billion plastic items on coral reefs across the Asia-Pacific. What’s more, we forecast that this will increase 40 per cent in the next seven years – equating to an estimated 15.7 billion plastic items by 2025,” the scientist warns. “A lot of times we come across big rice sacks or draping plastic bags,” he adds. “What we do find is these corals with a lot of complexity like branches and finger-like corals will become eight times more likely to be entangled in these types of plastics.”

Plastic waste can tear open coral tissue, enabling waterborne pathogens to enter. Such pathogens include Halofolliculina corallasia, a microbe that causes skeletal eroding band disease. “Plastic debris could also introduce pathogens directly,” Lamb says. “Polyvinyl chloride (PVC) – a very common plastic used in children’s toys, building materials like pipes, and many other products – have been found [to be] carrying a family of bacteria called Rhodobacterales, which are associated with a suite of coral diseases,” he explains. “Similarly, polypropylene – which is used to make bottle caps and toothbrushes – can be colonised by Vibrio, a potential pathogen linked to a globally devastating group of coral diseases known as white syndromes.”