Living in Harmony with Wild Elephants 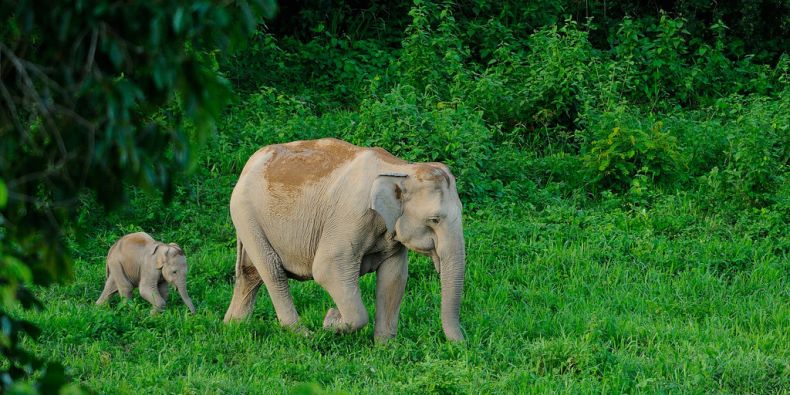 Asian elephants are increasingly beleaguered in the wild. Photo Credit: tontantravel via Flickr

Across Malaysia herds of wild elephants are increasingly coming into contact with people. They may end up severely injured or dead as a result. The pachyderms may be poisoned or shot when they venture into plantations to snack on crops.

But it does not have to be this way. Take the case of Tenzing Bodosa, a farmer in northern Indian state of Assam, which borders Bhutan.

According to estimates by the World Wide Fund for Nature, as many as dozens of elephants have been killed by angry farmers in the area. People, too, have suffered and died. During the decade between 2006 and 2016 an estimated 800 people died in Assam as a result of attacks by elephants. 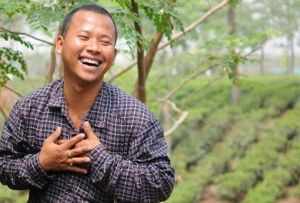 Many local farmers have tried, and failed, to keep wild elephants away from their crops through a variety of means. But that’s not what Tenzing Bodosa has decided to do. Instead, he has set aside enough space for wild elephants on his tea plantation so he and the pachyderms can live peacefully side by side. He has apportioned 30 hectares as a wildlife reserve and kept 13 hectares for cultivating organic tea. On the reserve elephants can roam and feed freely.

Better yet: Tenzing, school dropout who once worked for a Malaysian construction company, shies away from the use of synthetic pesticides partly in order to make sure animals in the wildlife-rich area do not get poisoned by such chemicals.

“Tenzing transitioned to organic farming after an incident with pesticides on his own farm convinced him he needed to change,” a news report says. The farmer started to feel ill. He saw that fish began to die off in a local pond. It was, he realized, because of the chemical insecticides and fertilizers he had been using.

“My father, grandfather and my mother had never used chemicals in our farm,” Tenzing explains. “They always used organic fertilisers made of cow dung and urine. We could not stand the smell of the chemicals. And then I saw that the fishes were dying in my pond. The pesticides were nothing but poison. Everyone starts their day with tea, I couldn’t have fed them poison,”

The farmer has been travelling far and wide in the area to teach other farmers about his eco-friendly and wildlife-friendly practices. “I love to teach them,” he told a news agency. “I want to share what I learn. I want to give back to my people,” he adds. “If we respect nature, nature will respect us.”

This is a lesson that we must heed here in Malaysia too.