Killing Pythons for Fun and Profit 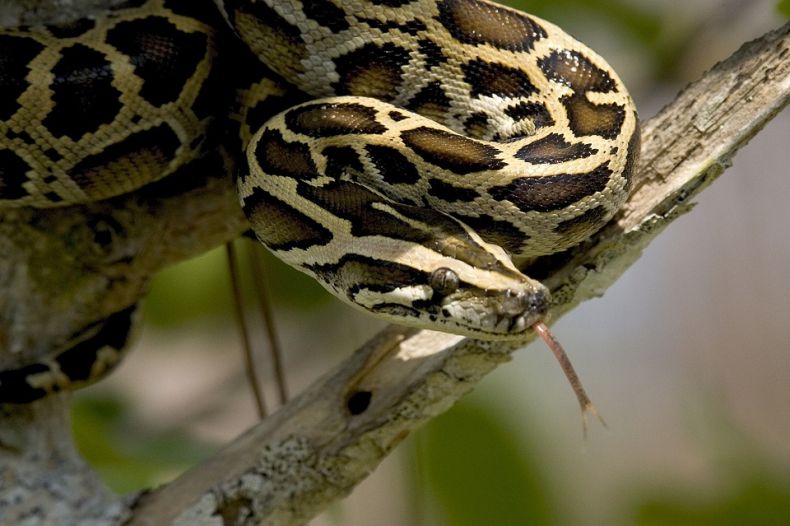 Many pythons are lucky to escape with their lives when they come into contact with people. Photo Credit: Pixabay

It seems that for many pythons in Malaysia it tends to be a case of “kill or be killed” whenever they come into contact with people.

To wit: a man in the Kuala Langat district of Selangor was recently strangled to death by a 3.5m python. 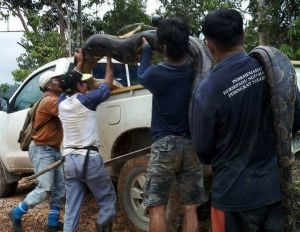 Villagers in Sarawak load the carcass of a giant female python onto a pick-up. Photo Credit: Facebook

The serpent did not just decide to kill the man on a whim. Rather, the 35-year-old Malaysian had caught the snake and was transporting it on his motorcycle on his way home when the serpent wrapped itself around the man probably in self-defense. The snake then did what pythons do and kept the man in a chokehold until he suffocated to death.

The villager was discovered lying lifeless by passersby who then proceeded to kill the snake. The local man had likely captured the snake in a bid to sell it, but did not count on the strength of the snake, which can be formidable.

(A larger python can squeeze a fully grown person to death within minutes, as a British snake enthusiast recently learned to his cost when his 2.4m-long female pet python nicknamed “Tiny” wrapped herself around his neck and strangled him to death.)

Two other pythons fare better at the hands of locals in Sarawak. A 6m-long female and a smaller male were discovered by villagers while the two snakes were mating. They killed both snakes and chopped them up so their meat could serve as ingredients for a feast.

And so it goes. Sadly, many locals in Sarawak continue to take a cold-blooded utilitarian view of snakes, seeing them only as sources of food or, occasionally, as pets. Local exotic meat markets routinely feature the meat of pythons for sale. Yet pythons should be seen as neither: they should not be used as food and nor should they be viewed as “exotic” playthings.