Playing at saving Wildlife. A Game lets you Train to be a Conservationist 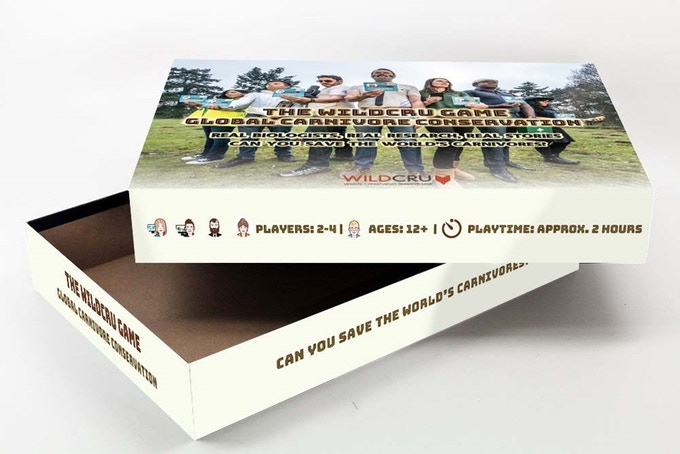 A new board game helps you become a conservationist in the making. Photo Credit: WildCRU

Picture yourself as a researcher setting out to save some of the world’s most iconic carnivores: lions in Zimbabwe, clouded leopards in Malaysia, swift foxes in Canada.

Before you head off on your quest from London’s Heathrow Airport, though, you’ll have to familiarize yourself with your selected terrain and its biology. You will also do well to team up with other researchers and gather adequate resources. Then off you go on your conservation adventure.

Sound like fun? Sure it does. But that’s the whole idea.

The purpose of a new role-playing board game, “Global Carnivore Conservation,” is to enable budding young naturalists to hone their skills in wildlife conservation in board game scenarios that are based on real-life research situations from around the planet.

In choosing your adventures, you can become a globetrotting conservationist. Photo Credit: WildCRU

The board game was designed by Dr. Cedric Tan, a Malaysian zoologist, and Jennifer Spencer, a British administrator, both of whom work for the Wildlife Conservation Research Unit (Wild CRU) at the University of Oxford in the United Kingdom. Its aim is to help players use their wits and skills in order to save one or some of six endangered carnivores around the planet.

In addition to lions, clouded leopards and swift fixes, these include water voles in the UK, Andean bears in Bolivia, and wolves in Ethiopia.

“The game allows players to immerse themselves in roles as conservation biologists trying to save [some of] the world’s carnivores,” explains Dr. Tan, who has designed several similar games as teaching aids and has drawn on his own experiences in the field for some of them, including this latest one.

“We’ve played this game with many people. Kids of 10 to 12 years old really enjoy themselves because they get to learn about the stories of conservation biology,” he adds.

“A lot of people know what conservation is, but conservation science is a little less understood,” she elucidates. “You’re talking about real scientific research [such as] biologists [and] ecologists who are looking at what animals themselves do and how that interacts with people who live near them, and then coming up with scientific evidence in the form of practical measures that people can take to help conserve wildlife and live in harmony with the creatures right on their doorsteps.”

In other words, you can learn how best to save endangered animals simply while playing at being a conservationist. “Hopefully,” Dr. Tan says, “this game will be able to inspire more kids to become future conservation biologists.”