Let’s Weed out Graft to Save Nature … and Ourselves 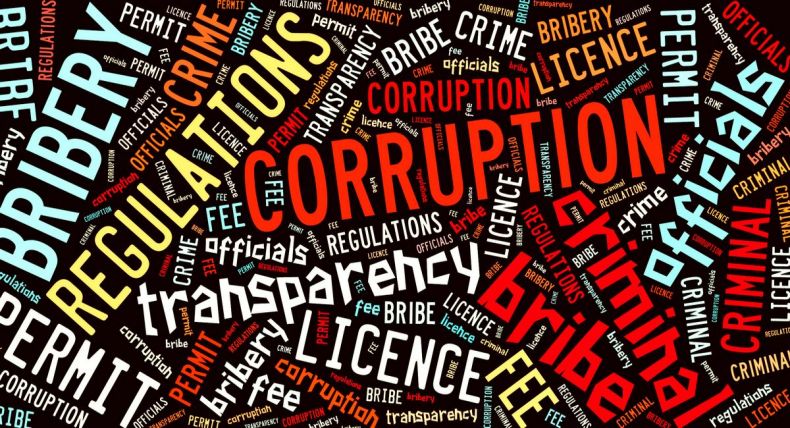 For one thing, laws are routinely left unenforced and culprits are let off the hook with a slap on the wrist, if that. For another thing, endemic corruption continues to stymie conservation efforts. 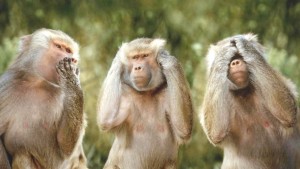 When it comes to rampant corruption across Malaysia, the good old “see no evil, hear no evil, speak no evil” attitude will no longer do. Photo Credit: Wikimedia

Quite a few officials regularly aid and abet illicit activities like illegal logging in return from kickbacks from culprits. Even in the case of massive environmental fiascos like the bauxite mining disaster in Kuantan, only a few low-ranking officials were brought to justice despite clear indications that many officials, all the way to the top, must had turned a blind eye to unregulated mining activities.

As we have pointed out on Clean Malaysia, large-scale corruption of the type that bedevils affairs in Malaysia isn’t just a moral and social issue; it is also an existential one. By undermining the rule of law, pervasive corruption and a lack of accountability can endanger the very workings of society, including good governance and general prosperity. That has repercussions for a country’s environment as well with environmental protection laws left largely ignored and unenforced.

The Malaysian Anti-Corruption Commission (MACC) has long been warning about the dangers that graft poses to the country’s environment. Sadly, such calls seem to have been falling on deaf ears in Malaysian officialdom. Undaunted, MACC has now reiterated its call, asking environmentalist NGOs and other stakeholders to join forces in fighting corruption.

“The MACC has taken proactive measures by establishing the Environmental Protection Against Corruption Caucus (EPACC) last year to forge a strategic partnership with all parties for information sharing (in order) to strengthen law enforcement against corruption involving environmental issues,” MACC’s chief commissioner Dzulkifli Ahmad was quoted as saying by the Bernama news agency.

“In 2017, the MACC’s Inspection and Consultation Division conducted checks over forest plantation management system and procedures in Peninsular Malaysia to identify weaknesses that could be improved,” he added, citing an example of such cooperation.

The solution to endemic graft is simple: laws must be enforced and culpable officials must be exposed. In order for that to happen, however, there has to be a concentrated effort across a wide segment of society to expose wrongdoers and bring them to justice.

It’s time to act. The very future of the country and its environment is at stake.