A Gang of Ivory Poachers is Nabbed in Gerik 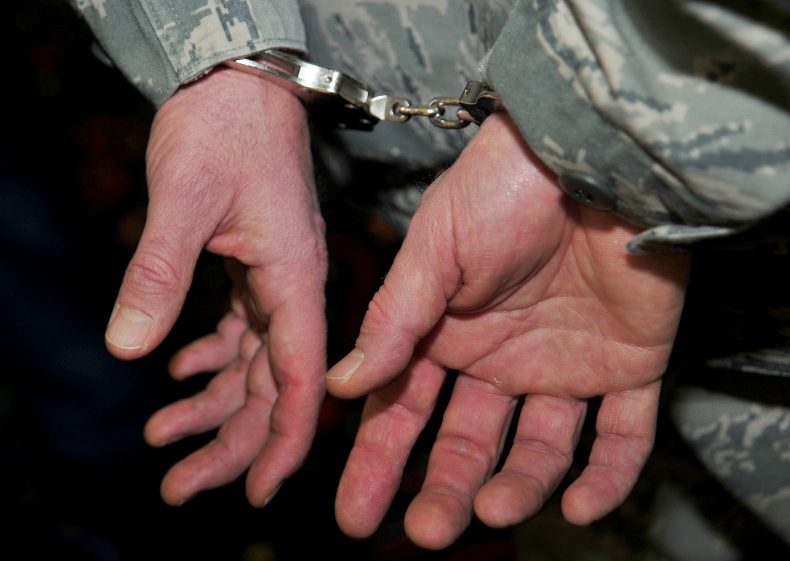 Operation Gading in Gerik took three days and required 40 officers, but success did beckon at the end of it. Under arrest are four professional hunters who may have killed as many as 20 wild elephants for their tusks in Malaysia over the past decade.

The joint team from the Royal Malaysian Police and the Department of Wildlife and National Parks (Perhilitan) nabbed the four local men, aged between 40 and 50, during a well-coordinated operation. The officials discovered the men were in possession of several high-powered firearms, 255 bullets, 13 snares and various animal remains like deer antlers and tiger bones.

“Among items seized were RM10,500 in cash believed to be from the sales of elephant ivory; four firearms including a .458 rifle, two homemade shotguns and a Colt M15 as well as five homemade gun barrels,” Zulkifli Abdullah, director of the Internal Security and Public Order Department, was quoted as saying by the Bernama news agency.

“This is a notorious gang of poachers that the Wildlife Department has been tracking since 2009. We believe the tusks from the elephant have been sold by the group to foreign buyers,” Zulkifli added. “We hope this serves as a lesson to other groups to stop this kind of illegal activity and we will continue to work with Perhilitan to enforce the law.” 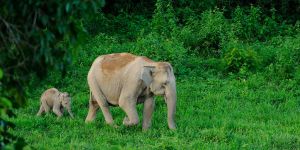 Asian elephants are increasingly beleaguered in the wild. Photo Credit: tontantravel via Flickr

The four suspects are facing several charges for illegally possessing firearms while they are also being investigated for breaking the Wildlife Conservation Act 2010 by possessing snares and wildlife parts.

“Forests in northern Peninsular Malaysia are often a target of poachers because they are rich in iconic endangered species including tiger, elephant and bear,” the anti-wildlife trade watchdog TRAFFIC explains. “On 10th February 2017, a gang of seven men who were part of an elephant poaching gang were arrested with explosives, guns and parts of tusks in the state of Kelantan, which is also located in northern Peninsular Malaysia. Follow-up raids uncovered two elephant tusks, dried elephant meat and other wildlife parts.”

Over the past years several wild elephants are known to have been killed, either gunned down or poisoned, around Malaysia. In several cases the carcasses of the pachyderms were discovered without their tusks, indicating that poachers had been targeting the animals for their ivory. In fact, members of the team that caught the four poachers also found the remains of a male Asian Elephant in nearby Piah Forest. The elephant had died from gunshot wounds to the head and had its tusks sawn off.