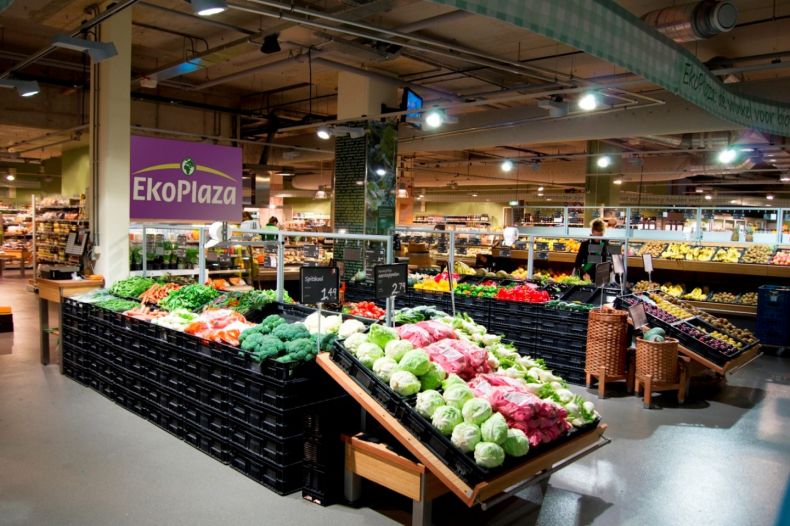 The Dutch supermarket chain Ekoplaza is planning to set up plastic-free aisles in its stores. Photo Credit: Ekoplaza via Facebook

Much of plastic pollution comes from a simple source: plastic packaging. Plastic is a cheap and versatile substance that can be readily made and used. Then again, it can just as easily be dumped after a singe use, which has led to massive amounts of plastic waste befouling more and more of the planet.

But now a supermarket in Holland wants to lead the way in changing that.

The Dutch supermarket chain Ekoplaza has made an entire aisle free of all plastic products in what it bills as “the start of a plastic-free journey” in retailing. The aisle in one of its stores in Amsterdam has more than 700 products on sale with not one of them containing plastic.

The plastic-free products contain everything from chocolate and sweets to rice and cereals and from meat and dairy to fresh fruit and vegetables. “The aisle will be a testbed for innovative new compostable bio-materials as well as traditional materials such as glass, metal and cardboard,” The Ecologist reports.

Nor will the aisle in this Amsterdam supermarket a one-off. Ekoplaza says it will introduce a plastic-free aisle to all its 74 branches across the Netherlands by the end of this year. 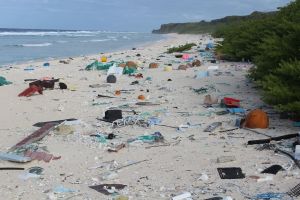 A beach on the remote island of Henderson in the South Pacific is littered with consumer waste. Photo Credit: Jennifer Lavers

It’s largely thanks to the environmental group A Plastic Planet, which came up with the idea of introducing plastic-free aisles in supermarkets. The nonprofit sees the world’s first plastic-free aisle as an important step in the global fight against plastic pollution, which has wreaked havoc with land-based and marine ecosystems alike.

“For decades shoppers have been sold the lie that we can’t live without plastic in food and drink. A plastic-free aisle dispels all that,” says the group’s founder, Sian Sutherland. “Finally we can see a future where the public have a choice about whether to buy plastic or plastic-free. Right now we have no choice,” the environmentalist notes.

“There is absolutely no logic in wrapping something as fleeting as food in something as indestructible as plastic,” she adds. “Plastic food and drink packaging remains useful for a matter of days yet remains a destructive presence on the earth for centuries afterwards.”

The hope is that several other supermarket chains will follow suit and start phasing out plastic products as well.