Acidification makes Corals more Brittle. It may even Dissolve Them 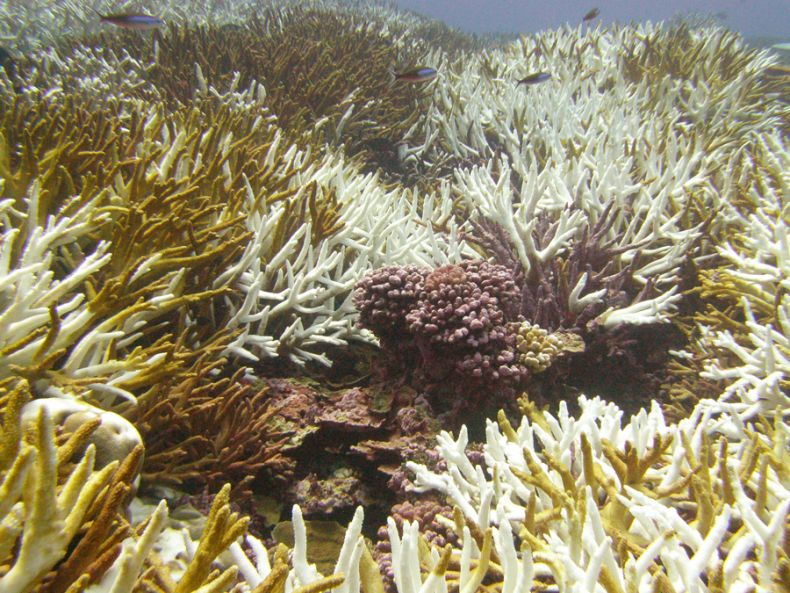 The world’s corals, Malaysia’s own stunning reefs included, are facing a host of environmental challenges to their continued survival as a result of manmade global warming and other harmful human activities. These include rising water temperatures, invasive forms of fishing like blast fishing, mass tourism and plastic pollution.

Then there is the threat of water acidification. The rising acidity of ocean waters caused by climate change is bound to make it harder for fragile corals to build their skeletons. Corals grow their skeletons in shallow waters upwards towards the sunlight while thickening these skeletons laterally over time so they can better withstand stresses like currents, waves and pecks from scavenging animals like fish.

Research conducted by scientists at Woods Hole Oceanographic Institution (WHOI) in Massachusetts in the US has revealed that the growing acidification of ocean waters has been preventing corals from thickening their skeletons, which makes them more brittle. With less skeletal mass, the corals are more vulnerable to knocks and other stresses that may break them.

Needless to say, that is worrying.

Coral skeletons are composed of a calcium carbonate called aragonite. Corals grow upwards by stacking bundles of aragonite crystals on top of each other the same way a child builds a Lego castle from select pieces. Simultaneously, corals pack other crystals laterally to strengthen their towering skeletons.

Yet oceanic acidification impedes much of that process by leading to fewer carbonate ions being available in the water for corals to use in building their skeletons. In their study, which was published in the journal Proceedings of the National Academy of Sciences, the scientists demonstrate that the skeletal density of reef-building corals is vulnerable to changes in seawater carbonate ion concentrations. “We present a numerical model of Porites skeletal growth that links skeletal density with the external seawater environment via its influence on the chemistry of coral calcifying fluid,” they write.

According to their modelling, corals will lose their skeletal density far and wide across the tropics as a result of increased acidification brought on by manmade climate change. In the hardest-hit Indo-Pacific region, right where Malaysia’s own famous coral reefs are located within the so-called Coral Triangle, corals will lose up to 20% of their current skeletal densities by 2100.

“Coral reefs are among the most diverse ecosystems on Earth, with enormous cultural, ecological, and economic value,” said Anne Cohen, a scientist at WHOI who co-authored the study. “Reefs face multiple stresses, including rising sea levels, changing nutrient regimes, and warmer ocean temperatures,” she added, “but unlike ocean warming, which causes visible bleaching, the impact of ocean acidification is more insidious and difficult to detect, and thus harder to predict.”

In fact, some respected scientists are warning that corals could literally dissolve into sand as a result of too much acid in ocean waters. “Ocean acidification means that calcium carbonate — the material with which coral reefs are built — will be more difficult for organisms to generate and will dissolve more quickly,” a team of researchers write in a study published in the journal Science.

“Worryingly,” they add, “the rates of loss will increase as ocean acidification intensifies.”