The Amazon’s Forests are in Big Trouble 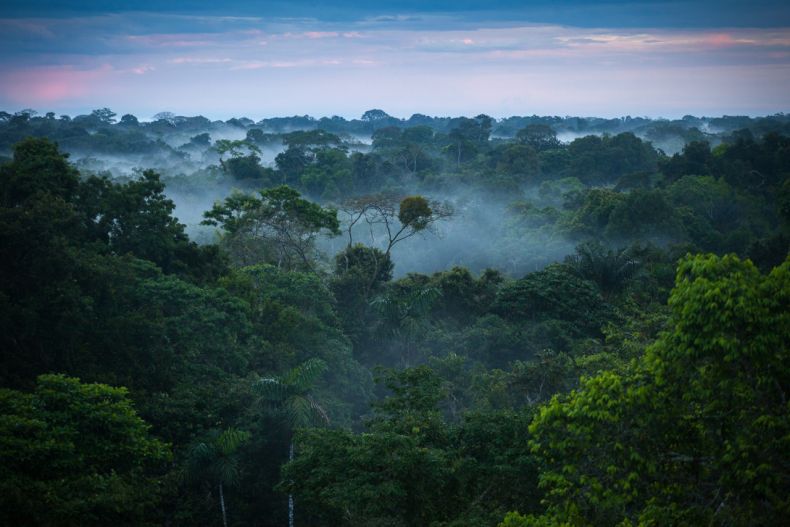 The Amazon's forests are among the most stunningly beautiful and biodiverse places on Earth. Photo Credit: Wikimedia Commons

Borneo’s stunningly biodiverse forests have been shrinking at alarming rates with trees being felled unceasingly for timber or so that palm oil plantations can take their place.

Yet it’s not just the island’s forests that are reaching a crisis point. So are the forests of the Amazon, which too are among the most biodiverse places on Earth. Writing in the journal Science Advances, two environmental scientists say that if current deforestation rates, which are partly fuelled by slash-and-burn agriculture, continue apace in the Amazon region, local rainforests will reach a “point of no return.” 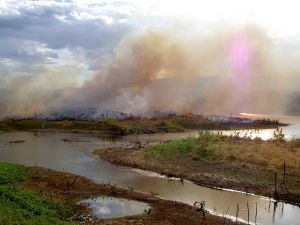 The use of slash-and-burn agriculture in Brazil has done much to degrade local rainforests. Photo Credit: Wikimedia Commons

With even a relatively low level of further deforestation, local water cycles, which are key to supporting local biodiversity, will be disrupted to such a degree that local ecosystems will be thrown off-kilter for good. With increased deforestation will come less rainfall in key areas, thereby harming both local wildlife and agriculture.

“Moisture from the Amazon is important to rainfall and human wellbeing because it contributes to winter rainfall for parts of the La Plata basin, especially southern Paraguay, southern Brazil, Uruguay and central-eastern Argentina,” the scientists write.

“The importance of Amazon moisture for Brazilian agriculture south of the Amazon is complex but not trivial,” they add. “Forests maintain an evapotranspiration rate year-round, whereas evapotranspiration in pastures is dramatically lower in the dry season. As a consequence, models suggest a longer dry season after deforestation.”

According to their scenario, more deforestation will upset the precarious ecological balance in large areas in the Amazon Basin, leading to a degradation of the water cycle in a feedback loop of less rain and more plant die-off from increased aridity, which will then cause even less rain and yet more plant die-off. And to make matters worse, all this is happening while climate change is having its own negative effects on local forests.

Alarmingly, the scientists say, it will take only as little as another 3% of forest cut for this to happen. Over the past half century vast swathes of primary rainforest have been lost to deforestation in the Amazon region and any more significant loss will have dire consequences for animals and people alike in the region. “If the climate changes – by deforestation or global warming – there’s a risk that more than 50 percent of the Amazon forest becomes a degraded savannah,” warns Carlos Nobre, a Brazilian scientist who co-authored the study.

Think about that: where now thick forests still grow there will be nothing but endless savannah. A horror, yes. Yet something like that has already happened lots of times in the planet’s history. Scientists speculate that we may have helped turn the Sahara into a desert thousands of years ago. Human activities can have a terrible effect on the environment on far larger scales that many of us can even begin to imagine.