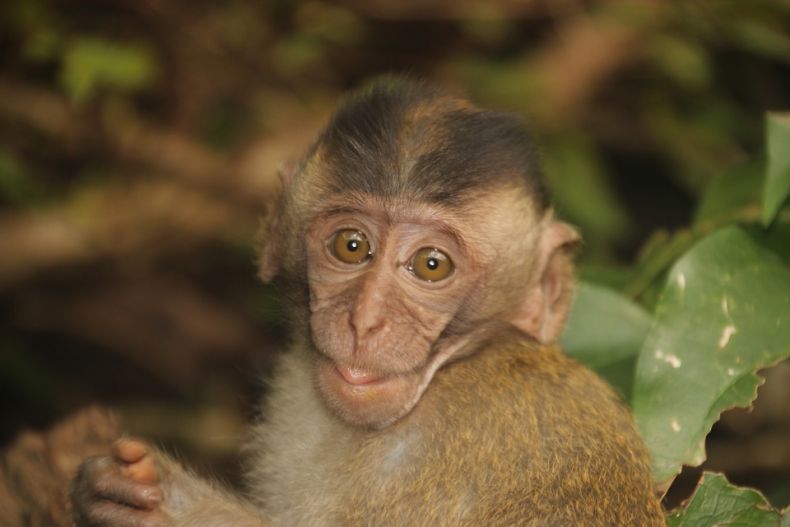 Rhesus macaques value some of the same social cues that we do. Photo Credit: Pixabay

Some like raunchy ads. Others find them distasteful. These others, though, do not include rhesus macaques, apparently.

So say a group of researchers, who have done a study with the well-known Old World monkeys and found that the primates reacted better to advertising with sexually explicit imagery.

In a special ad campaign targeted at the monkeys, the researchers added the logos of different companies like Pizza Hut and Adidas to various images: that of a female rhesus monkey flashing her backside, that of a dominant male monkey’s face in the colony and that of a subordinate male monkey’s face.

They then paired the brands with similar manufactures like Domino’s Pizza and Nike with no such explicit imagery associated with their logos. Their finding: Adidas was the most favored brand with the monkeys. Why? Because its logo was paired with a female monkey flashing her backside.

In other words, sex and status sell, even for monkeys.

“Like humans, monkeys value information about sex and status, inviting the hypothesis that our susceptibility to these factors in advertising arises from shared, ancestral biological mechanisms that prioritize social information,” the researchers write.

“To test this idea, we asked whether rhesus macaques (Macaca mulatta) show choice behavior that is similar to humans in response to sex and social status in advertising,” they explain. “Our results show that monkeys form preferences for brand logos repeatedly paired with images of macaque genitals and high status monkeys.”

They add: “Moreover, monkeys sustain preferences for these brand logos even though choosing them provided no tangible rewards, a finding that cannot be explained by a decision mechanism operating solely on material outcomes.”

Rhesus macaques diverged from us on the evolutionary tree some 25 million years ago, yet they clearly value some dominant social and sexual cues just as we do.