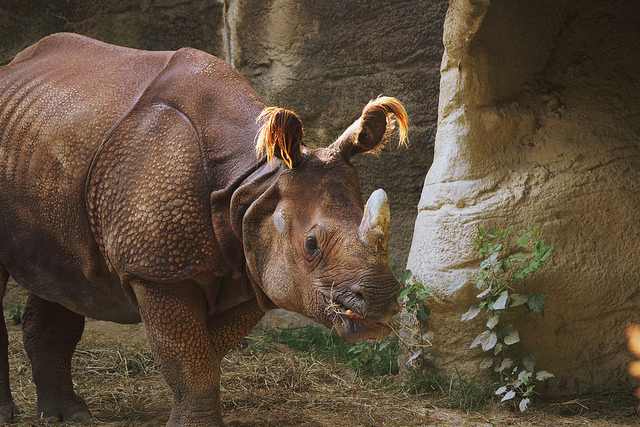 One of the most endangered species in Malaysia, the Sumatran rhinoceros, was recently pronounced to be extinct in the Malaysian wild.

Though it once roamed across Southeast Asia, the Sumatran rhinoceros is now one of the rarest rhino species. According to an August report, the remaining population of wild specimens has now been reduced to the less than 100 living in Indonesia.

Two female Sumatran Rhinoceros were captured for breeding in Malaysia in 2011 and 2014, but no others have been seen in the Malaysian wild since 2007.

The loss is due to a combination of habitat destruction, illegal poaching and the difficulty of finding a mate for such a rare and solitary animal. The original culprit for the Sumatran Rhinoceros’ current status is deforestation. It’s a problem facing many endangered species in Malaysia, and though conservation agencies are fighting to protect the country’s endangered species, various industrial and resource extraction activities continue to eat away at their natural habitats.

The Sumatran Rhinoceros lives on in captivity, but despite decades of conservation efforts – and Rhino protection units posted at all known breeding sites – illegal poaching remains a threat to these animals in the wild.

National awareness of the need to protect such endangered species in Malaysia is at an all-time high, as evidenced by the recent announcement of a Malaysian Chief Minister that orangutans in Malaysia will receive additional protections from now onward.

Although the disappearance of the Sumatran Rhinoceros in Malaysia marks a dark day for conservation, the hope is that Malaysia’s awareness and dedication to wildlife preservation will be increased by this recent extinction.