How Much Rests on the Survival of Malaysia’s Largest Seagrass Bed? 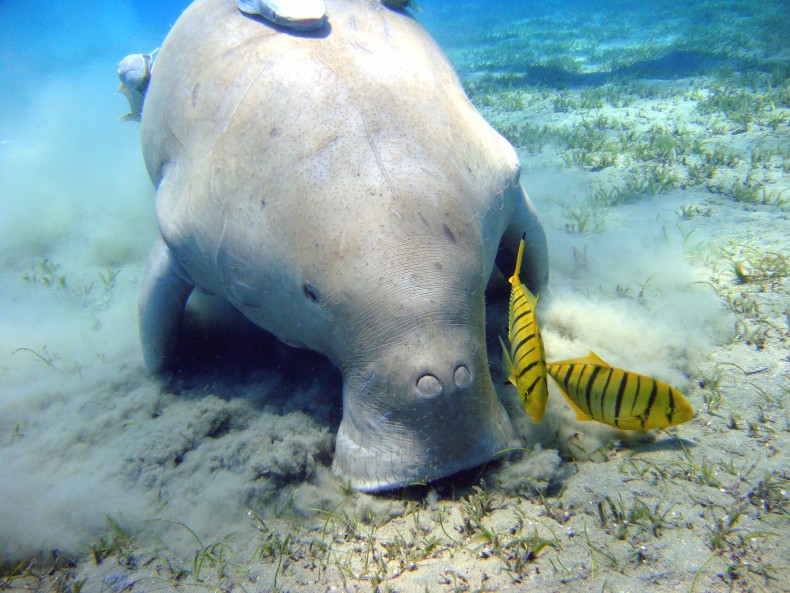 What happens when the largest seagrass bed in Malaysia disappears due marine pollution and coastal development?  We may soon find out, and the answer won’t be a welcome one.

Just off the southern tip of Peninsular Malaysia, sandwiched between Malaysia and Singapore, sits the uninhabited island of Pulau Merambong.  It’s surrounded by a seagrass bed of approximately 40 hectares.  The giant patch is an important nursing grounds for endangered species including the spotted seahorse, Hippocampus kuda and the dugong (a close relative of the manatee).  This habitat is unique and valuable, but its location is rather unfortunate – dead center of the western Johor Strait, a heavy-traffic slice of water separating Malaysia from Singapore.

The seagrass’s biggest threat just now is development and pollution from the coast around the nearby Port of Tanjung Pelepas.  Tanjung Pelepas is the busiest port in Malaysia.  Construction is proceeding there at a rapid pace, the most recent example being a newly-expanded fuel storage facility that will soon be pumped full of petroleum and crude oil by large tankers.  The adjoining Tanjung Bin Powerplant (a coal-fired plant) is also a big source of pollution.

In 2014, local villagers formally objected to plans for yet another development – the Forest City Project, which could see four man-made islands covering over 1,000 hectares built in the waters nearby .  Forest City’s plans have a glaring lack of respect for marine life impact and are likely to cause flash floods in the area, but rammed through opposition and were approved in January of this year.

Unsurprisingly, nearby waters have been stricken by several recent mass fish deaths.  Pollution and construction of Forest City and other developments are suspected to be the cause, and they have forced a dozen local fish farms into near bankruptcy and robbed locals of their livelihood.

“From afar, I could see the dead fish begin to float to the surface. At first I only saw small fish, but when I went deeper in the ocean, I spotted big ones such as groupers, barramundis, also floating up. This went on until late in the night,” said local marine coordinator Kamaruzzaman Mohd Yunus.

This brings up another concern – the seagrass beds of Pulau Merambong are a vital breeding and hatching ground for commercial fish.  Without them, these losses could be impossible to recoup.

The future of Pulau Merambong is at this point looking grim.  Activity at the Port of Tanjung Pelepas shows no signs of slowing (it showed an 8.9% growth in 2015), and despite attempted environmental mitigation tactics by the developers of Forest City, experts noted that more damage can be expected.