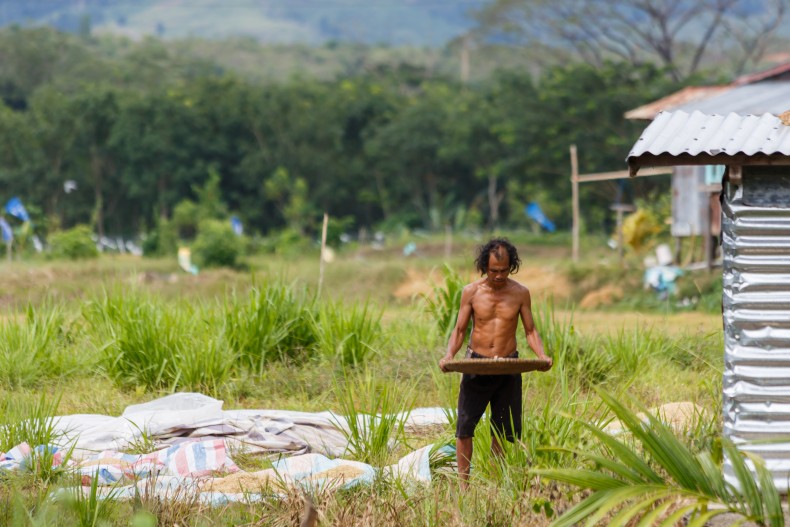 Thousands of villages in Sabah have no access to roads, clean water or electricity. Photo Credit: CEphoto, Uwe Aranas via Wikipedia

As the sun sets on the Tenth Malaysia Plan – a blueprint for social and economic development announced by Prime Minister Najib Razak in 2010 – it looks like the Malaysian Government has fallen woefully short of achieving the promises it made to the state of Sabah.

Sabahan political figure Stephen Wong, Deputy of Sabah DAP vice chairperson Chan Foong Hin, gave a synopsis of the plan in a statement preceding a visit by Najib to Sabah in May.

“Apparently, the plan was drafted by officers who only sat in their air-conditioned offices without any idea of what is happening on the ground and in the rural areas. It is completely a lie by the government,” he said.

Wong’s jaded opinion is not without basis.  Among 10MP’s promises to Sabah were the construction of 2,540 kilometers of paved roads, a budget of RM2.7 billion allocated to upgrade existing roads, the provision of clean and treated water to 98 percent or 112,700 houses, and the provision of electricity to an additional 59,000 houses.

Still thousands of villages – let alone thousands of households – have not enjoyed these basic necessities.  Wong said that as coordinator of a 10MP implimentation project, he had observed a total failure to deliver basic infrastructure to villages like Kampung Samparita Laut, Kota Marudu and Kampung Pangi and Tenom.

“For the last 52 years after formation of Malaysia, I am so disappointed to see that the government had totally failed Sabahans in everything, including basic necessities supply,” said Wong.

Wong’s close connection to the issue may exaggerate his perspective, but Government action has indeed been lacking.  While villages get by with no power, over 10,000 squatter homes are enjoying Sabah electricity free of charge through illegal connections.  If proper action had been taken to supply households with legal power, the Government wouldn’t be hemorrhaging money due to power theft.

With only a few months left for Najib to make good on 10MP’s promises, it doesn’t look like they will be upheld.  The time has almost come to table the 11th Malaysia Plan.  To this end, Wong shows signs of hope, even offering advice for legislators.

“Before the government tables the next Malaysia Plan, I urge the government officers to observe what is really happening inside the rural areas, and the federal government must explain whether these objectives are achieved,” Wong intoned.  Along with him, the rest of Sabah hopes the Federal Government will take a more hands-on approach to the next set of sustainable development goals.