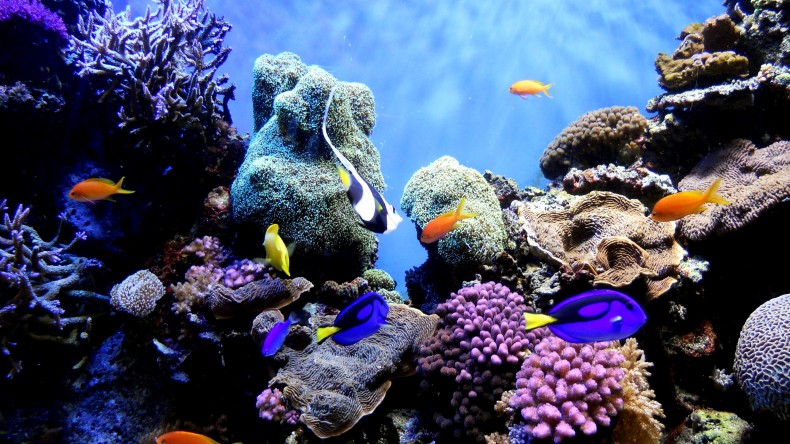 Heat waves. Droughts. Forest fires. Crop failures. Water shortages. This year’s El Nino, which could potentially become one of the most severe outbreaks of the periodic weather phenomenon in recent history, may bring plenty of misfortune for Malaysians across the country, from Sarawak to Kedah.

Because of what this weather does to the sea, we can also add marine life and corals to the list of its possible victims. El Nino is caused by warming surface temperatures in the central and eastern areas of the Pacific Ocean. During its periodic but irregular phases, currents of cool nutrient-rich water are replaced by warm nutrient-poor water, affecting countries like Malaysia within the Pacific region. El Nino hit Malaysia especially hard in 1997-97, wreaking havoc with local environments and triggering devastating forest fires.

Some experts are concerned that the country’s scenic coral reefs and their unique ecosystems, which are vulnerable to environmental changes, may be harmed by warming sea surface temperatures. “The El Nino phenomenon has also resulted in a significant rise in sea surface temperature, up to 30 degrees Celsius, and it has to some extent also affected the marine ecosystems,” said Dr Hasrizal Shaari, a senior lecturer at Universiti Malaysia Terengganu (UMT) School of Marine Science and Environment.

“Coral reefs are an indicator of a healthy environment for marine ecosystems, and efforts to conserve them should continue as soon as the El Nino phenomenon is over,” he added. The weather phenomenon is expected to continue until the end of March, and the faculty will monitor the health of corals and marine life in the waters around Terengganu.

Malaysia’s coral reefs are invaluable parts of the country’s bountiful natural resources. The country, which is essentially a maritime nation with more than 4,600 kilometers of coastline, is situated within the so-called Coral Triangle, an area considered to be one of the world’s top marine biodiversity hotspots. The eastern part of Malaysia alone boasts some 550 species of coral, while Peninsular Malaysia has more than 360 species. In addition to being essential elements of marine ecosystems, the country’s coral reefs also provide vital sources of revenue through tourism, fisheries and pharmaceuticals.

Similarly, Malaysian reefs are home to a stunning diversity of marine species. In fish species alone, they boast a dazzling variety from ostentatious angelfish to flashy sweet lips, from needlefish to parrotfish, from rabbitfish to pufferfish, from great barracudas to sharks. Many of them are endangered and depend on the health of reefs for their survival.